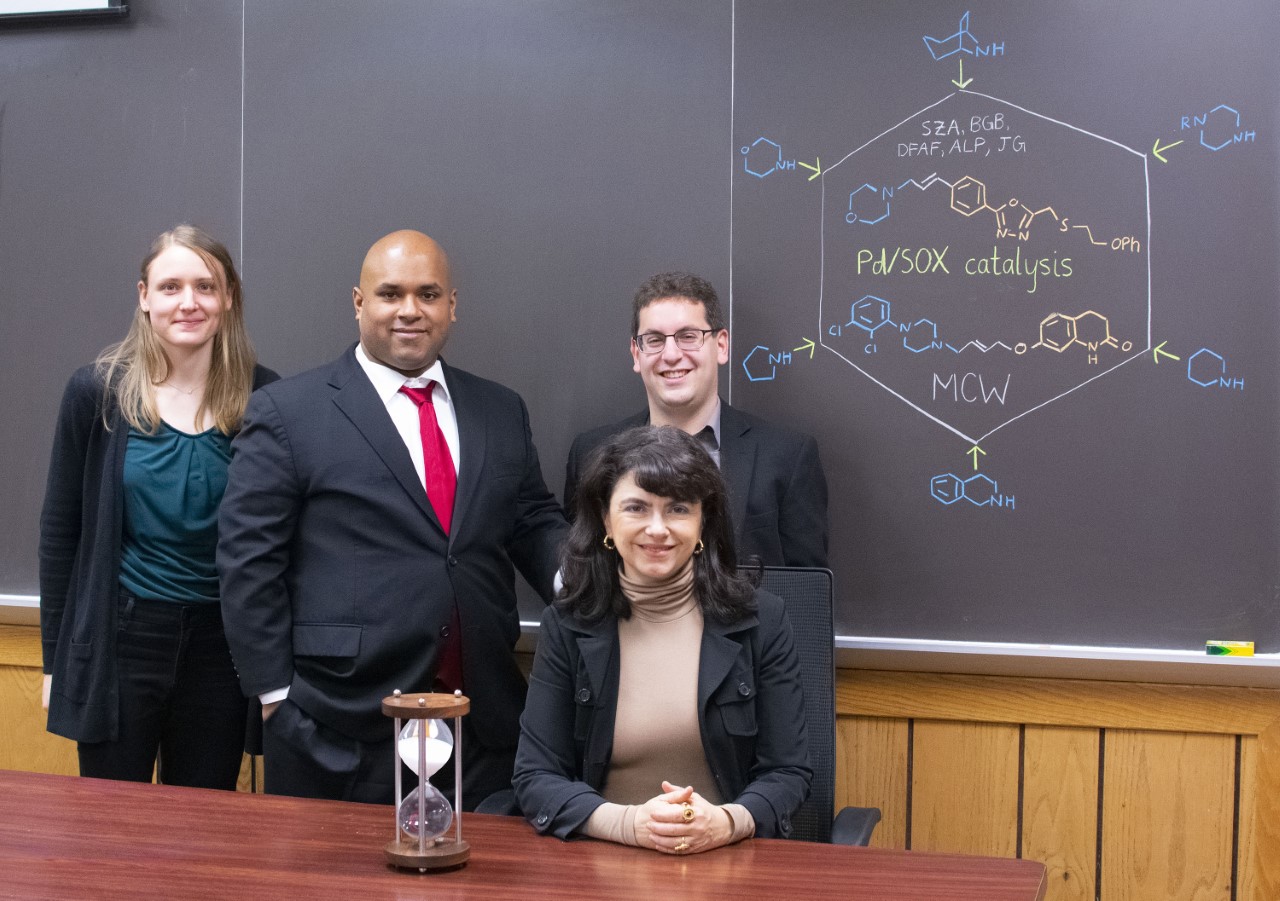 CHAMPAIGN, Ill. (WCIA) – An Illinois research team recently discovered a way to produce a special class of molecules that could open the door to new drugs to treat incurable diseases.

Organic derivatives of ammonia, called amines, are one of the most common structures in medicine today. According to officials, more than 40% of drugs and drug candidates contain amines, and 60% of these amines are tertiary, so named because of the three carbons bonded to a nitrogen.

The officials said: “Tertiary amines are found in some of the most effective human medicines, including antibiotics, breast cancer and leukemia drugs, opioid painkillers, antihistamines, blood thinners, HIV treatments , migraine medications and more. They increase the solubility of a drug and can trigger its main biological functions.

Much of the functional potential of tertiary amines has remained untapped. This is because the traditional process of making them requires specific, controlled conditions that inherently limit the discovery of new tertiary amines, which could potentially treat a wide range of currently incurable diseases.

This new reaction in the chemist’s toolbox transforms the traditional process for constructing tertiary amines into one feasible under general conditions open to air and moisture with potential for automation. The researchers said this new procedure uses a metal catalyst discovered by their group (Ma-WhiteSOX/palladium) and two building blocks – abundant hydrocarbons (olefins containing an adjacent C—H bond) and secondary amines – to generate a variety of tertiary amines.

According to Dr. White, the discovery has the potential for chemists to take many different secondary amines and couple them with many different olefins, which you can easily buy or make.

“These are stable raw materials. You can have them in individual containers, mix and match them, and use our catalyst to create many different combinations of tertiary amines,” Dr. White said. “The flexibility of this reaction facilitates the process of drug discovery based on tertiary amines.”

“You could, in principle, run it on your stovetop,” says White. “You don’t have to handle it very carefully, you can run it in the open air and you don’t have to exclude water. You just need your raw materials, the palladium/SOX catalyst and some heat. It should work just like we do in the lab.

Dr White said that when a pharmaceutical company wants to make tertiary amines, they often have to use specialized procedures, but this reaction allows them to take two simple, often commercial raw materials, and put them together using the same procedure.

“Because the conditions are so simple and work for so many different amines and olefins, there is great potential to adopt this reaction for automation,” she added.

The major challenge the team overcame in this discovery was to solve a long-standing problem in the chemistry of C—H functionalization: replacing a hydrogen atom on the carbon structure of a molecule with a basic secondary amine to directly manufacture tertiary amines.

Click on here to watch a video explaining the study.