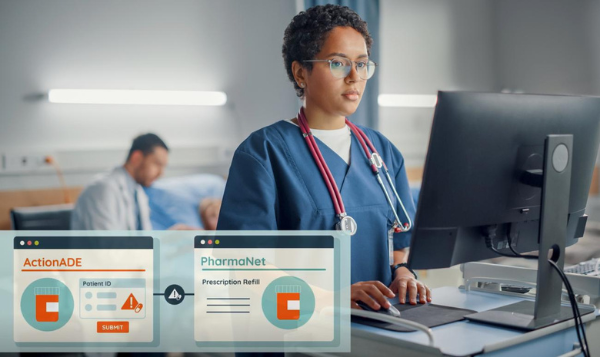 Harm from the use or misuse of prescription drugs results in approximately two million emergency department visits, 700,000 hospital admissions and $1 billion in health care expenditures in Canada each year. Known as Adverse Medication Events (ADRs), they rank between the fourth and sixth leading causes of death in Canada. 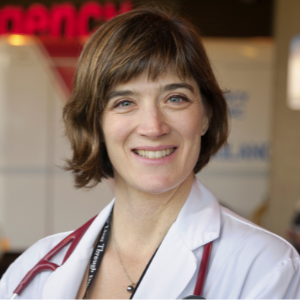 Although repeat ADRs are preventable, they have resulted in approximately 1,500 deaths in British Columbia alone each year.

Dr. Corinne Hohl, associate professor of emergency medicine and researcher at the Vancouver Coastal Health Research Institute (VCHRI), and her team are studying the integration of Dr. Hohl’s ActionADE software into the provincial PharmaNet system, which connected the community pharmacy of British Columbia prescription information in one centralized location since 1995.

Dr. Hohl’s unprecedented ActionADE software makes it possible for the first time to connect hospital pharmacies to all community pharmacies in the province.

“ActionADE is revolutionary because it connects community pharmacists to the circle of care, giving them access to hospital adverse drug event information whenever hospital care providers register an ADE in the ActionADE system,” says Dr. Hohl .

“We find that the ActionADE intervention prevents inadvertent re-exposures to medications that were previously causing harm, which is exactly what we hoped for.”

ActionADE improves communication in the circle of patient care

Dr. Hohl’s 2019 study found that, of 1,178 patients with diagnosed ADE, more than a third had repeat ADE, nearly 40% of which resulted in hospital readmission. The study concluded that approximately 75% of these repeat ADRs could have been prevented with improvements in monitoring and communication.

Using statistical monitoring built into the ActionADE platform, Dr. Hohl and her team found that one-third of the 500 patients with ADR who were admitted to an emergency department at a VCH hospital or PHC continued to be re-prescribed their offending medication at a Community Pharmacy.

Among these, the PharmaNet-linked ActionADE alert system – which displays a warning notification on a pharmacist’s monitor if they try to re-prescribe an offending drug – has prevented a third of patients from receiving medications that would cause repeated ADRs.

“Through this research, we see that the problem of patient re-exposure to harmful drugs is happening in real time,” says Dr. Hohl, who will recruit about 3,600 total participants for his current study.

“We find that the ActionADE intervention prevents inadvertent re-exposures to medications that were previously causing harm, which is exactly what we hoped for.”
Dr Corinne Hohl

“Our preliminary data confirms that this is truly an information-sharing problem, and that connecting hospital and community pharmacies can play a central role in preventing culpable drug redistribution.”

By alerting pharmacists to repeat ADRs, the ActionADE network could save countless patients if implemented more widely and redistribute healthcare dollars to treat patients in hospital and in outpatient care settings, notes Dr. Hohl.

The added safety net provided by ActionADE can help patients overcome barriers around language, lower levels of health literacy, and multiple levels of complex comorbidities, all of which have the potential to confuse which medications are safe and that can cause ADE, adds Dr. Hohl.

“By limiting the risk of drugs causing harm, we are also optimizing patient health and the health benefits they derive from their drugs,” she says.