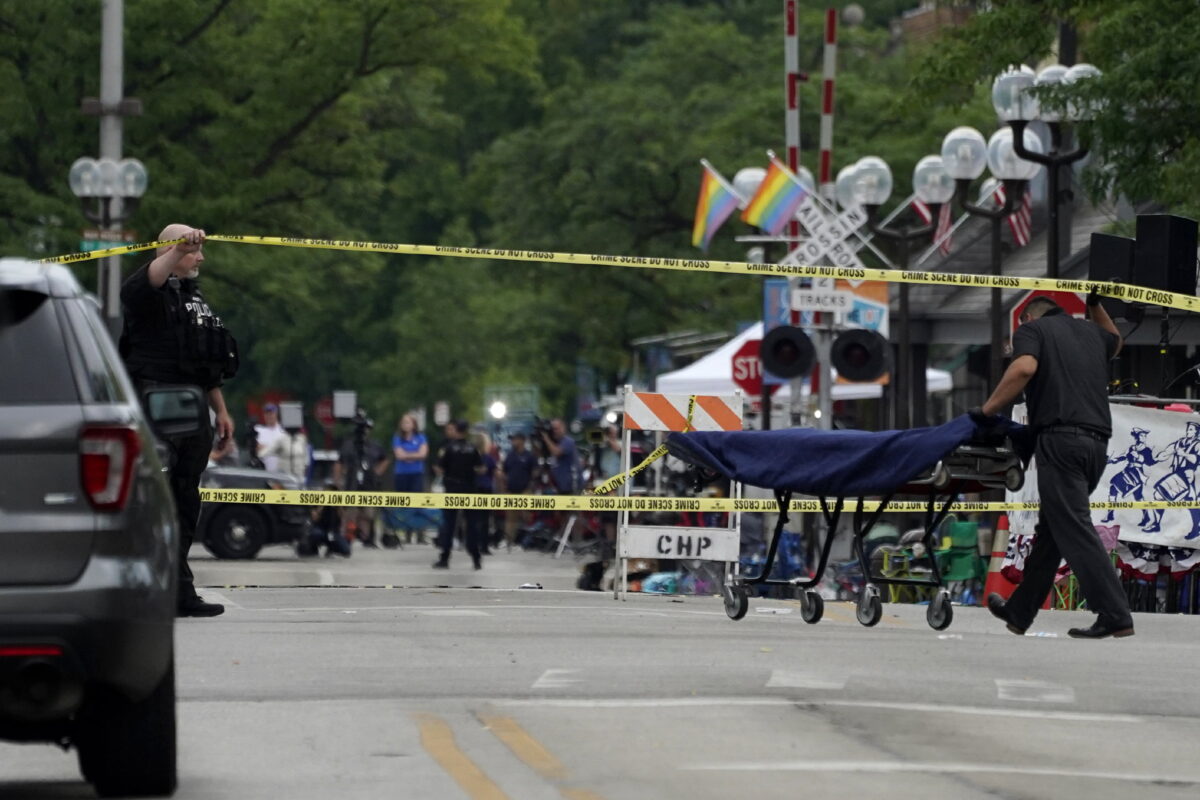 We don’t know if Robert Crimo III, the confessed shooter in the 4th of July parade in Highland Park, was on psychiatric drugs when he murdered, but we do know that the police were called to his home for suicidal behavior and that he was been referred to the psychiatric system.

In the United States, mass shooters tend to be obsessively solitary young men and many have been prescribed psychoactive drugs. For example, Eric Harris, one of two Columbine High School shooters in Columbine, Colorado in 1999 who ushered in the current wave of mass shootings, was taking the mind-altering drug Luvox. The antidepressant’s prescribing information states: “Close monitoring of patients and particularly those at high risk should accompany drug therapy.”

Jeff Weise, who shot and killed his grandfather, his grandfather’s girlfriend and seven people at Red Lake High School in 2005, was taking the well-known antidepressant Prozac.

Two years later, Cho Seung-Hui carried out the Virginia Tech murders and was also found to be on psychoactive antidepressants.

The following year, in 2008, another university was targeted. Steven Kazmierczak killed seven people at Northern Illinois University in DeKalb. He was also prescribed Prozac which he had recently stopped.

Few people can forget the shooting of “Batman” in an Aurora, Colorado movie theater in 2012. James Holmes, the shooter who killed 12 people and injured dozens, was on antidepressants. Suspicion among some journalists and doctors that antidepressants explained the rampage was so strong that the BBC created an in-depth report titled “The Batman Killer – a Prescription For Murder?” in 2017. “Why would a smart, shy guy with no history of violence, from a loving home, commit such a heinous attack?” except the effect of psychoactive drugs writes BBC’s Shelley Jofre Holmes in the report. “He had no enemies, no terrorist ideology to push him.”

Dr. David Healy, a psychiatrist and psychopharmacologist who has written books on the risks of antidepressants, studied Holmes’ case and interviewed him in prison. “These murders would never have taken place without the drugs prescribed to James Holmes,” he concluded.

On the other hand, Dr Wendy Burn, president of the Royal College of Psychiatrists, is quoted in the BBC report as disagreeing and doubting Dr Healy’s statement. “In all treatments, from cancer to heart disease, drugs that do good can also do harm,” she said. “Current evidence from large-scale studies continues to show that for antidepressants, the benefits outweigh the risks.”

Dylann Roof’s fatal shooting of nine parishioners at the Emanuel African Methodist Episcopal Church in Charleston in 2015 showed racism and gun violence at its worst. As the United States has seen other racially motivated and church shootings, the cold-blooded reckoning of the Roof murders has brought the nation to a new level of outrage and horror. Two years later, 19 documents unsealed by U.S. District Judge Richard Gergel revealed that Roof was also taking antidepressants.

Two other mass shootings had preceded the Roof murders. In 2013, Aaron Alexis fatally shot 12 people at the Washington Navy Yard in southeast Washington, DC, where he had a security clearance. Less than a month before the murders, Alexis was prescribed the antidepressant trazodone.

The following year, 2014, Army Specialist Ivan Lopez shot and killed four people at the Fort Hood Army Base near Killeen, Texas, after a high-profile Fort Hood shooting in 2009. According to The Washington Post, the Gen. Mark A. Milley, the commanding officer of Fort Hood, said Lopez “had behavioral and mental health issues” and was taking antidepressants.

Sixty-four mass shootings have taken place in the United States since Lopez’s rampage eight years ago, including the recent July 4 shooting in Highland Park, Illinois, according to a gun violence database. .

The disturbing side effects of psychoactive drugs are well known

Awareness of these unpredictable drugs is not new. Four days after the Sandy Hook Elementary School shooting in 2012, when awareness of mass shootings peaked, Business Insider’s Geoffrey Ingersol wrote that psychoactive drugs “the FDA pumped [had] an ability to get the opposite desired effect on people: which is, you know, to induce rather than inhibit psychosis and aggressive behavior. The antipsychotic drugs, which the Sandy Hook shooter was originally – and wrongly – supposed to have taken “are not the only ones that can cause the opposite of the desired effect”, observed Ingersol. “Several antidepressant drugs are also reserved for adults, for the depression they inspire in children rather than eliminating it.”

Ingersoll is probably referring to the warning about the paradoxical and dangerous effects of drugs in young people that appears on the labels of most psychoactive drugs. For example, on the prescribing information for Prozac, a boxed warning, the FDA’s strictest, reads: “WARNING: SUICIDAL THOUGHTS AND BEHAVIORS • Increased risk of suicidal thoughts and behaviors in children, adolescents and young adults taking antidepressants • Watch for worsening and emergence of thoughts and behaviors.

Some worry that such a link could overshadow the need to prevent killers from getting guns or stigmatize the mentally ill. Yet, writing a few years ago in the journal New Male Studies, Jeanne Stolzer, associate professor of child and adolescent development at the University of Nebraska-Kearney in Nebraska, observes that “despite the multitude of international regulatory warnings on all psychiatric drug classifications citing adverse effects such as suicidal ideation, homicidal ideation, violence and psychosis, no local, state or federal commission has investigated the correlation between the shootings mass in America and the use of psychiatric drugs.

Obviously, not all mass shooters take psychoactive drugs, and drugs do not always cause uncontrollable behavior. On the other hand, a 2019 article on the Thought Catalog website lists and documents 37 mass shooters who were taking psychoactive drugs when they committed their spree – a fact that should catch the attention of public health officials and law enforcement.

Reports rarely contain information about the shooters’ psychoactive drug use after a massacre, and we likely won’t know the psychoactive drug status of 4th of July killer Robert Crimo III. Yet alongside discussions of gun laws, depression and mass anxiety, and violent movies and video games, the effects of psychoactive drugs should be part of the discussion of mass shootings.