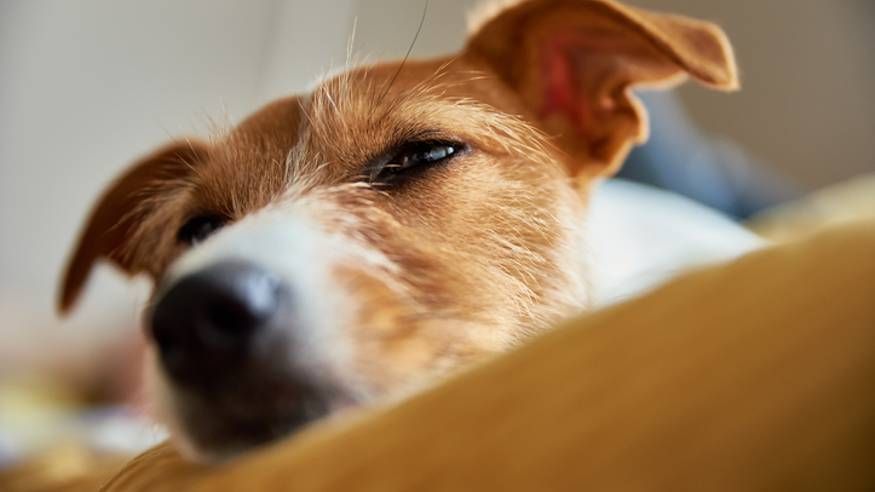 Prozac is a commonly prescribed antidepressant in humans that also provides benefits in dogs and cats when combined with behavior modification.

Some pet insurance companies will cover the cost of treating behavioral issues, so this is something to consider when purchasing insurance for your pet. Let’s take a closer look at what Prozac is and when it should and should not be used in dogs.

What is Prozac for Dogs?

Prozac, or fluoxetine hydrochloride, is an antidepressant, specifically a selective serotonin reuptake inhibitor (SSRI). Serotonin, sometimes referred to as the “happiness hormone,” is a neurotransmitter that has been shown to boost mood and reduce levels of anxiety and depression.

SSRIs increase serotonin levels in the brain by preventing reuptake and removal of serotonin from the central nervous system, allowing serotonin to build up. SSRIs can therefore help solve several mental health problems in human and veterinary medicine.

What does Prozac do for dogs?

Prozac is approved by the United States Food and Drug Administration (FDA) to treat separation anxiety in dogs. It can also be prescribed off license for generalized anxiety, panic disorders, compulsive disorders, inappropriate urine marking and certain cases of aggression.

It is important to note that Prozac and other antidepressants or anti-anxiety medications should always be used in conjunction with behavior modification techniques.

This includes identifying a particular dog’s triggers and either avoiding them altogether or training the dog to react differently. Prozac can be a useful addition to this type of training by alleviating a dog’s increased anxiety, which can interfere with their ability to learn, to allow them to respond better and learn more effectively.

Prozac typically takes 3-4 weeks to start working in dogs, so it’s most useful for everyday issues like anxiety or compulsive behaviors. Dogs with specific phobias like fireworks or thunderstorms benefit more from short-acting and fast-acting medications like benzodiazepines to calm them down.

Recommended Dosage of Prozac for Dogs

According to the MSD Veterinary Manual (opens in a new tab), the recommended dose of Prozac for dogs is 1 mg/kg/day (or about 0.45 mg/lb/day). However, this can vary with each dog, any co-existing conditions they may have, and any additional medications they are taking, with most doses being between 0.5 and 2 mg/kg/day (or approx. 0.23-0.9 mg/lb/day).

The administration of Prozac to your dog should always be done under the supervision of your veterinarian and you should never adjust the dose without consulting him first.

Prozac is taken orally as a tablet, capsule, or liquid. It can be administered with or without food. If a dog vomits when given the drug on an empty stomach, it should be given with food.

Depending on the underlying reason a dog is being prescribed Prozac, it may be beneficial to take it for a limited period of time (i.e. 6 months to 1 year to aid in modification training behavior) or it may require lifelong treatment, for example, in cases of severe anxiety.

When Prozac is stopped, it should be tapered off over a few weeks to avoid the side effects seen with sudden discontinuation, such as rebound anxiety. Prozac should never be stopped abruptly unless specifically instructed by a veterinarian.

Side Effects of Prozac in Dogs

The side effects of Prozac in dogs can range in severity from mild to severe, and they include:

It’s important to let your veterinarian know if your dog shows any of these signs, especially more serious symptoms such as seizures or aggression.

If you suspect your dog has overdosed on Prozac or is showing signs such as extreme lethargy, hypersalivation, persistent vomiting, restlessness, and/or seizures, you should consult a veterinarian immediately.

Dr. Diana Hasler (opens in a new tab) graduated with honors from the Royal (Dick) School of Veterinary Studies, University of Edinburgh in 2018. She has experience as a small animal vet in general practice, where she has treated many dogs, cats, rabbits and rodents. She has also recently branched out into the field of medical communications, working on her own as a copywriter and medical writer.

Considerations before giving Prozac to dogs

Additionally, it can cause seizures in rare cases, so it should not be given to dogs with a history of epilepsy or other seizure disorders.

Prozac should be avoided in pregnant and lactating female dogs, as well as in dogs with a known allergy to the drug. It should be used with caution in dogs with liver disease, and these dogs often require a lower dose.

It’s also important to let your vet know if your dog is taking any medications (i.e. carprofen, gabapentin, etc.), vitamins, or supplements before starting Prozac in the event of a drug interaction. .

Some drugs that may interact with Prozac include:

When Prozac is combined with other drugs that increase serotonin levels, such as MAOIs (i.e., selegiline), trazodone, tricyclic antidepressants, or other SSRIs, there is a risk of Syndrome serotonergic.

Serotonin syndrome has been primarily documented in humans, but has been rarely reported in dogs. It causes neurological, gastrointestinal, cardiorespiratory and coagulation disorders, and it can be fatal.

For this reason, dogs need a “washout” period between Prozac and other serotonin-boosting drugs to allow the metabolites of the first drug to wear off before starting the new one.

How much does Prozac for dogs cost?

The price of Prozac for dogs depends on where it is obtained and the dosage required. As Prozac requires a prescription, it must be purchased from a veterinary clinic or pharmacy that dispenses pet medications – a written prescription is required for these.

Generally, Prozac is quite affordable, even in larger dogs that require a higher dose of medication. Your veterinarian can give you more information about the cost of Prozac for your dog and where you can buy it.