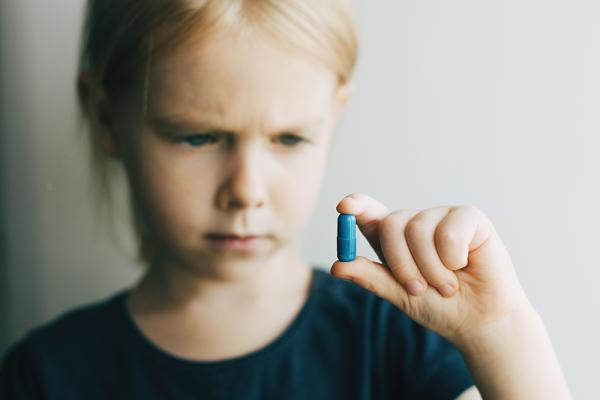 CCHR, the mental health industry watchdog, criticizes the plan to screen the mental health of all Americans between the ages of 8 and 18 for anxiety and depression, which it says will add to the Brave New World of Psychiatric Child Addiction

A recommendation for all U.S. children between the ages of 8 and 18 to be screened for mental health anxiety and depression has been lambasted by mental health industry watchdog Citizens Commission on Human Rights International, as irresponsible and dangerous. A panel of medical experts has recommended that primary care physicians screen all children for mental disorders, but screening questionnaires are often influenced by pharmaceutical companies that make mind-altering drugs or by psychiatrists with conflicts of interest with drug manufacturers. It’s a scientific deception that can lead to hundreds of thousands more children being prescribed psychoactive drugs or incarcerated in behavioral health centers, according to CCHR.

The group adds that mass screening creates a brave new world society, as Aldous Huxley described in his 1932 novel, where a “utopian” but totalitarian society is determined to control behavior by using, as said Huxley, the “technique of suggestion – through the infant”. conditioning and, later, with the help of drugs.

The screening is based on questions that are so subjective that anyone could be wrongly assessed as “mental disorder”. They derive from the Diagnostic and Statistical Manual of Mental Disorders (DSM) which is heavily criticized even within the ranks of psychiatrists for its unreliability. A questionnaire was administered as a universal intervention in secondary schools to identify and treat depression.[1] It is a trademark of the maker of the antidepressant sertraline which has reported over $30 billion in sales of the drug.

The US Task Force on Preventive Services, which made the screening recommendation, also suggested that all US adults under the age of 65 be screened for anxiety. The treatment is said to include “drugs” which include sedative-hypnotics which can be addictive within 14 days of taking them and which increase the risk of falls in older people.

Experts have warned that “an aggressive approach to screening and treating depression ‘leads to the pathologization of normal human experiences’. Moreover, ‘treating normal experiences as pathological undermines our own resilience and sense of agency. , and convinces us that we are sick when we are not. Too many people have come to see themselves as flawed and powerless to change their life circumstances, when that may not be the case,” according to an assistant professor of psychiatry at the UCSF Weill Institute for Neurosciences.[2]

The fact that psychiatry has no scientific tests, including imaging, to support a diagnosis of any mental disorder is not disclosed in screenings, violating the right to informed consent. A study published in Molecular Psychiatry in July made international news when it completely debunked the myth that a chemical imbalance in the brain causes depression – a myth that has led to the massive use of antidepressants.[3]

Raymond Dolan, considered one of the world’s most influential neuroscientists, reported in the journal Neuron: “Despite three decades of intense neuroimaging research, we still lack a neurobiological explanation for any psychiatric condition. Similarly, neuroimaging function plays no role in clinical decision making.[4]

A study by researchers at the University of Liverpool concluded that lead researcher Dr Kate Allsopp said: “Although diagnostic labels create the illusion of an explanation, they make no scientific sense. and can create stigma and prejudice.[5] Professor Peter Kinderman, co-author, added that the diagnostic system “rely heavily on subjective judgments about what is normal”.

Screening for attention deficit hyperactivity disorder (ADHD) has come under particular criticism. Researchers from the Department of Education, Faculty of Educational Sciences, University of Helsinki, Helsinki, Finland, and the Department of Primary Education, Democritus University of Thrace, Greece, noted: and reflects the political, cultural and financial role of the DSM in the psychiatrization of the everyday life of children on the other hand.[6]

They concluded, “Like most psychiatric classifications, ADHD is based on an arbitrary consensus within a small psychiatric community behind the DSM manual rather than new scientific breakthroughs. In other words, “psychiatrists do not prove things but decide things: they decide what is disordered and what is not…”.

Jan Eastgate, President of CCHR International, said, “Mental health screening is not based on science and will only increase the already inexcusable number of American children (and adults) who are psychotropics are prescribed – more than 6.1 million Americans aged 0-17. Drugs have serious adverse effects, including suicide, murderous thoughts, mania, and violence.

Carl Tishler, assistant associate professor of psychology and psychiatry at Ohio State University, said that with millions of children on psychotropic drugs, each time their doses start or increase or decrease, “it can cause a change in emotional state that can reduce impulse control.” This could contribute to suicidal urges.[7]

Such screening can be a gateway for children and adolescents in difficulty incarcerated in behavioral establishments. The New York Times recently reported, “This industry has been voracious in finding troubled teens to shoot on its web…. It is not known “exactly how many children have died at the hands of this industry. One estimate counted 86 deaths from 2000 to 2015. More died in the years that followed.[8]

CCHR is committed to its ongoing work to protect children from intrusive government-sponsored psychiatric testing. Parents can take steps to help protect their children by signing a parent rights form that allows them to opt out of mental health screening at school.

If you detect any problems, problems or errors in the content of this press release, please contact [email protected] to let us know. We will respond and rectify the situation within the next 8 hours.

Kokua Line: Where can I drop off old prescription drugs?

The do’s and don’ts of drug disposal