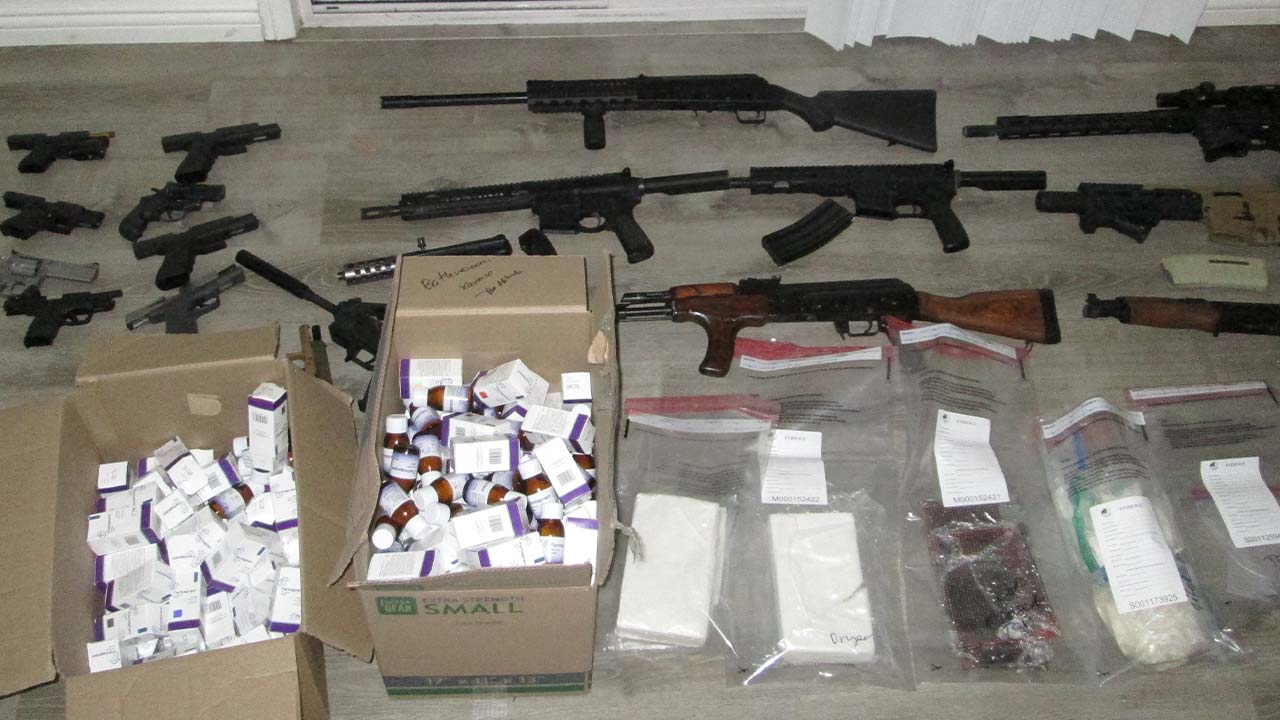 The first home was located in the 1100 block of E Street in the East Village, where authorities say they found a handgun with a loaded 20-round magazine and an unissued pistol with a detachable magazine and a pistol grip with a loaded high-capacity magazine, classified as an assault weapon. They also found high capacity rifle and handgun magazines, a fully assembled firearm suppressor, prescription drugs, drug paraphernalia, marijuana and $50,000.

The second home was located in the 5400 block of Lake Murray Boulevard in La Mesa, where authorities say they found 3.4 kilograms of cocaine, 77 grams of MDMA, 1,000 doses of LSD tablets, 240 bottles of Xanax. They also found seven assault rifles equipped with a detachable magazine and a pistol grip, a shotgun with a detachable magazine, 12 handguns and two suppressors.