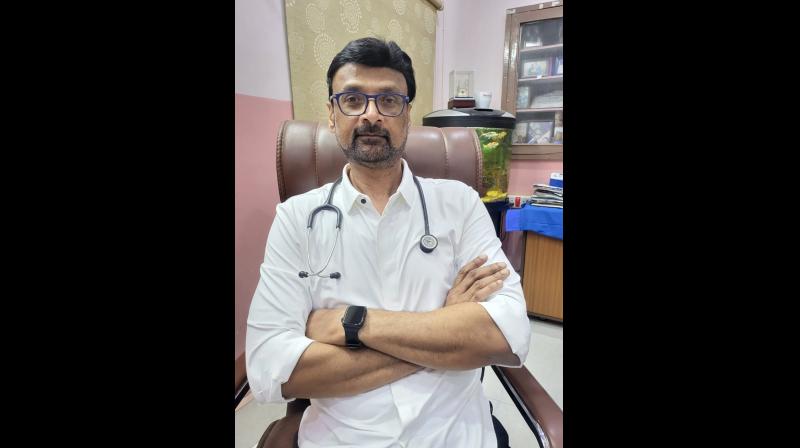 HYDERABAD: After an increase in incidents of certain medications causing side effects such as excessive sedation, suppressed breathing and diarrhea, pediatricians are warning parents against overdosing their children with over-the-counter medications for common ailments.

Buying drugs without a prescription, doctors say, is a recipe for disaster. Over-the-counter (OTC) drugs are widely available, making them dangerous if misused or abused. Doctors said they have received numerous reports of parents giving their children the wrong medication or the wrong dosage.

This resulted in the children not recovering from their ailments and in some cases caused side effects. Since most drugs are available in pharmacies without a prescription, it is easy for parents to make the mistake of buying the wrong drugs.

For example, a mother gave her five-month-old baby the cough medicine Phenergan. After a while, the baby’s breathing became “shallow”, and he was taken to a quack, who administered a few drops into the baby’s mouth. When the baby’s condition did not improve, they took him to a pediatric hospital, where he eventually recovered.

In another case, when a month-old baby started crying uncontrollably, the parents gave him medication, assuming the baby was crying because of stomach pain. The baby, however, became extremely drowsy and stopped feeding, forcing the parents to rush the baby to a hospital emergency room, where the baby recovered.

According to pediatrician Dr Sivaranjani Santosh, many such incidents occur despite repeated warnings to parents not to treat their children without consulting a pediatrician. “Overdosing on cough syrups and stomach-ache medications like cyclopam and colimex can cause excessive sedation and suppress breathing,” she explained.

Pediatrician Dr. P. Avinash said he received several cases where such incorrect medications led to side effects such as gastric problems, vomiting and diarrhea. “When a child has a recurring problem, parents will often give him the same medicine as before without consulting a doctor. However, this will not work because the child may have developed resistance to the medicine and will now need a stronger medication Parents frequently give Incorrect
dose, which should be given according to the weight of the child,” he said.

Diuretic Drugs Market to Register CAGR of 5.44%, Increasing Incidence of Hypertension in People to Drive Growth