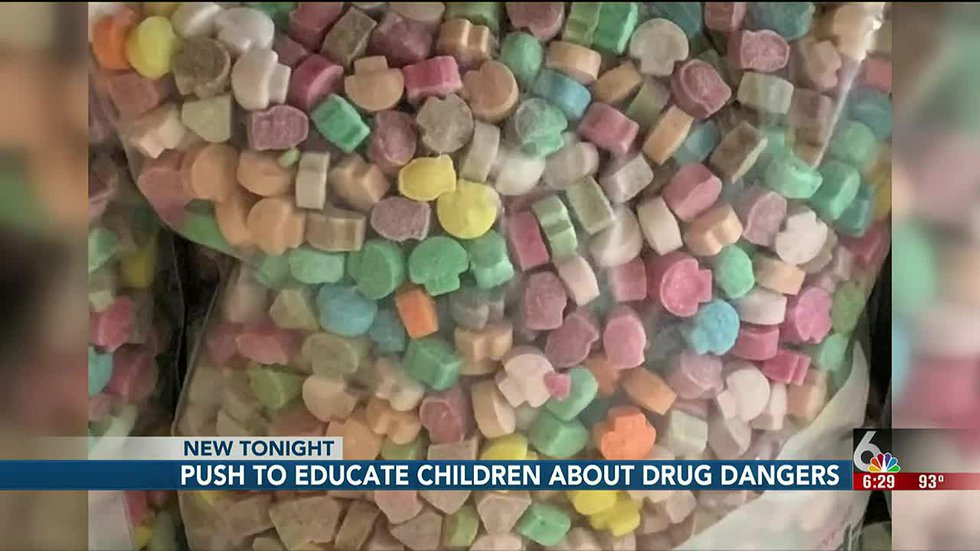 OMAHA, Neb. (WOWT) – Drugs that look like cereal. It’s not a mistake. Obviously, young people are the targets.

As students head back to school in days for some districts, the Omaha Drug Enforcement Agency is urging parents to have tough conversations with their children about fake pills on the streets.

“We’ve seen pills that look like a marshmallow,” said Justin King, special agent in charge of the DEA Omaha division.

Nothing rings truer in drug dealers’ marketing to children than the design of these pills that look like cereal or candy.

“There is no doubt that it is directly pushed towards an increasingly young audience. And the role of drug traffickers is to use social networks. Even using emojis like different types of drugs,” King said.

“We feel like we’re going up,” Carey Pomykata said.

Carey Pomykata is the Executive Director of Coalition Rx, which partners with community organizations to raise awareness about drug addiction.

“We need parents to help us get this message out to kids,” Pomykata said.

Dillon’s house is one of them.

In 2010, Dillon Hayes, a high school sophomore from Omaha, had been dealing with teenage anxiety, according to his father, and asked his friends for something to take to make him feel better.

He never woke up from the opioids.

The goal is to educate parents about the dangers so no one has to endure the pain of losing a child.

“You would think they wouldn’t want the overdoses. But they are more concerned with getting more people addicted. At the end of the day, it’s about making money,” King said.

In 2022, the deadly problem is more about fentanyl.

Fifty times stronger than heroin and often added to black market pills that look like prescription drugs such as Xanax, Oxycontin, Adderall and ordered on a smartphone.

The DEA finds that four out of 10 pills seized contain a lethal dose of fentanyl. An amount that fits on the tip of a pencil.

What are the side effects, the risks of the monkeypox vaccine?