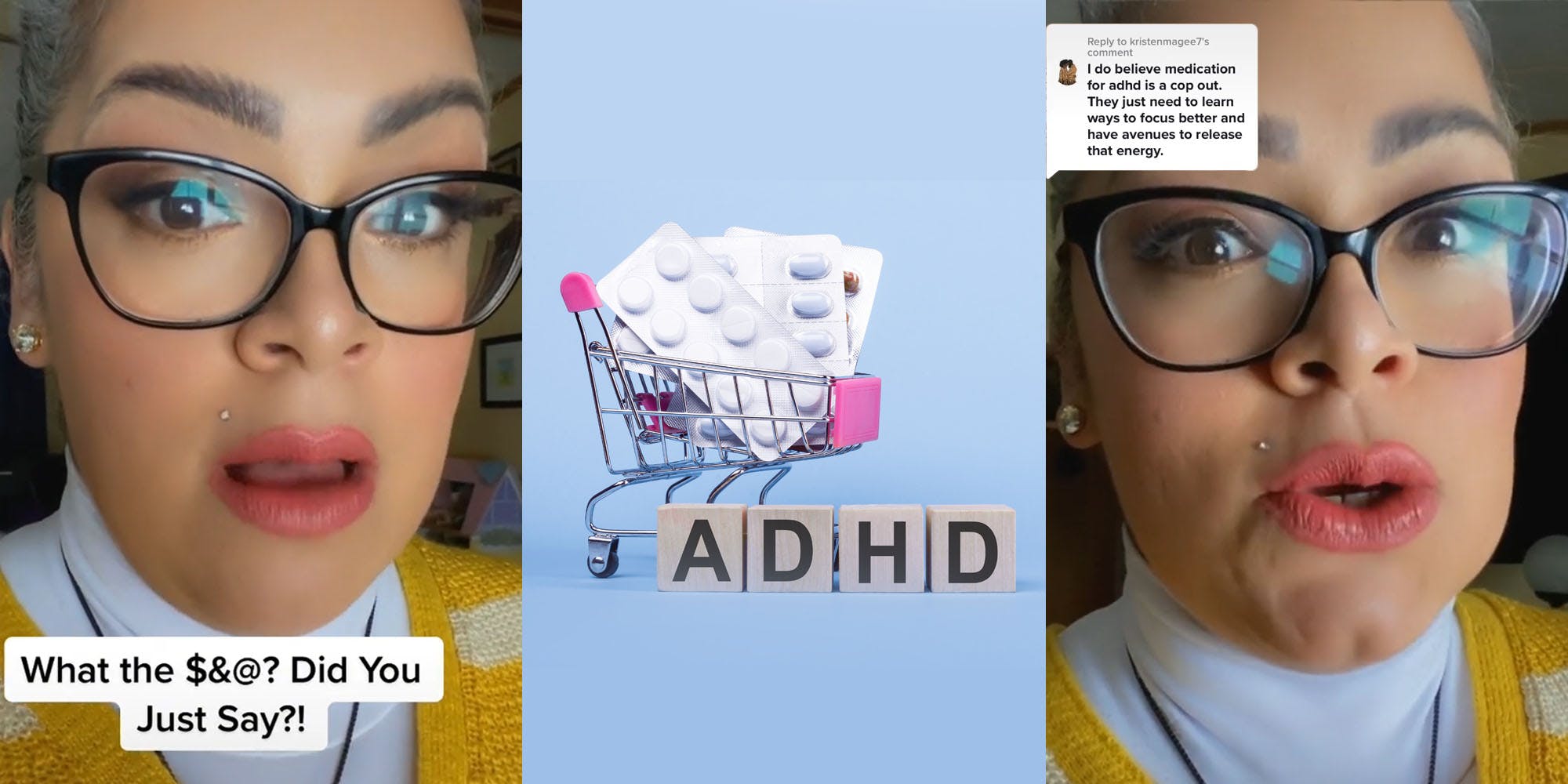 A mother has gone viral on TikTok this week after alleging her child’s new doctor stripped him of most of his medication, with another doctor denying he had the conditions diagnosed by a former doctor. Her son’s conditions include autism and ADHD.

In a video posted by user Saira (@motherofdragons2.0.2.0), she explains that she changed doctors because her son’s old doctor was almost an hour and a half away. However, this new doctor was very different from the old one, immediately challenging the previous doctor’s diagnoses and encouraging Saira to stop giving her son his medication.

@motherofdragons2.0.2.0 What did you tell me?! He doesn’t know anything about us or how hard I advocated for my son not to be medicated. But he struggled badly. #adhd #autism #drafts ♬ original sound – Saira M Willman

At first, the new doctor offered to take Saira’s son’s medication off for a week, see how he reacted and reassess his medication. The doctor reportedly told Saira to “call [her] and update [her] if there are any problems,” in which case the doctor would likely reassess the situation.

“I did, and they never called back,” Saira says.

Following this, she went to see a second doctor in the same practice.

“Within five minutes of arriving, this man said, ‘Your son is not autistic and he does not have ADHD,'” Saira says.

She later adds, “Then he goes ahead and says, ‘You know, most of you parents just got here and you want a diagnosis so you can just put pills in. in your children’s faces and shut them up.'”

That was enough for Saira. She then reported the doctor, and now her child is still visiting her old doctor.

When the video was posted on TikTok, an intense discussion ensued.

At first, Saira had a lot of support from commentators, with some sharing their own stories of obnoxious doctors.

“MAMAAAAA you did well!” a user wrote. “My God, some of YOU (doctors) have to stop if you don’t want to [to] doctor.

“Yeah, it happened to my dad, who had diabetes and a doctor abruptly changed his meds,” one commenter shared. “He landed in the hospital. I’m proud of you and I don’t know you.

“Oh fuck no!!” a third said. “When someone tells me my son doesn’t need all of his meds, I IMMEDIATELY suggest he stay home for a week without any meds.”

While attention deficit hyperactivity disorder is now a widely recognized diagnosis, ADHD medication application is still a controversial topic, according to the the wall street journal. Doctors say they are divided on the age at which a child should start taking these drugs, the appropriate dosage and whether it is best for families to try alternative remedies before turning to drugs.

This controversy is reflected in the comments section below Saira’s video, with some commenters sympathizing with her child’s doctor.

“I hate to say this, but as a pharmacy technician…he’s not wrong,” one commenter shared. “I’ve seen several parents put their foster children on medication like this when they didn’t need it… I had a family come with the kids once and all the kid did was ask me normal 5 year old questions and mum said ‘you see why they need it.’ ”

“I believe ADHD meds are a cop,” another user shared. “They just need to learn ways to focus better and have ways to release that energy.”

While she previously noted that medication was a last resort for her son (the original video’s caption read, in part, “…I pleaded for my son not to be medicated. But he got hurt”), in a follow-up video, Saira said she understands commenters’ concerns and that she used to feel the same way.

In this video, Saira notes that she “used to feel the same way” but since her child has both autism and ADHD, he suffers from “sensory issues” and violent episodes that go away from him. dramatically with medication.

“Unfortunately, with his turmoil, he became incredibly violent, and he was a threat to the other kids, and we almost got kicked out, rightly so, because he was really causing damage,” says Saira. “I agreed with [the above statement] wholeheartedly, but now I just can’t.

“There are different approaches because it affects us all differently,” one user observed. “I need medicine or I can’t drive. My siblings don’t need medicine. Sometimes “techniques” are not enough. Its good.”

We reached out to Saira via a TikTok comment.

Braden Bjella is a cultural writer. His work can be found in Mixmag, Electronic Beats, Schön! magazines, and more.

The Global Anaplastic Thyroid Cancer Drugs Market is expected to grow by USD 230.53 Million during the period 2022-2026, accelerating at a CAGR of 5.44% during the forecast period