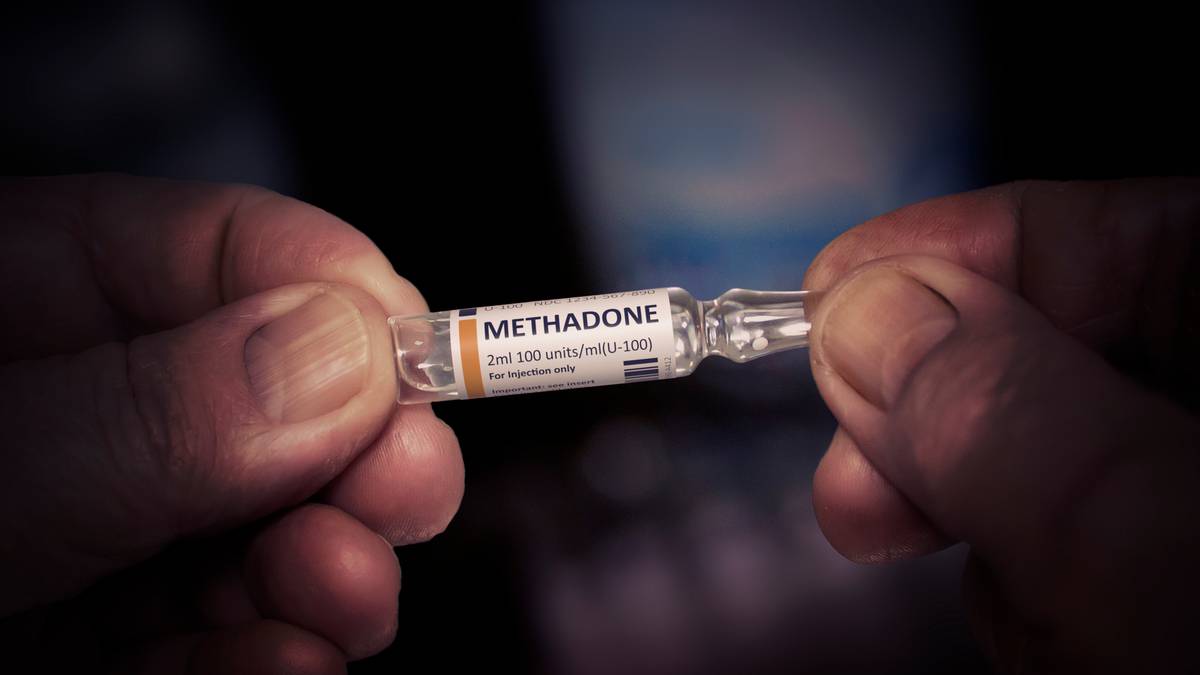 A newborn baby overdosed on methadone and was taken to hospital by ambulance after he stopped breathing following a mix-up of medication by busy pharmacy staff. Photo/Getty Images

A four-week-old baby has stopped breathing after being given methadone instead of colic medication by busy pharmacy staff.

The newborn spent 10 days in hospital and was lucky to survive after the mistake led to a complaint to the Health and Disability Commissioner.

In a decision released today, Caldwell found that the pharmacy and pharmacist violated the Health Services and Disability Services Consumer Rights Code.

She said the medication mix-up was a distressing incident and could have had the worst possible outcome if the baby’s mother had not intervened as soon as she did.

On June 5, 2018, the newborn’s mother went to fill a new prescription for oral liquid omeprazole, prescribed by the family doctor to treat colic, but was instead given the powerful synthetic opioid.

At home, the mother gave her baby a dose of medicine. Shortly after, the newborn baby started breathing abnormally and became unconscious. He was rushed to hospital in an ambulance and treated in intensive care.

“A urine sample confirmed that the baby had suffered a methadone overdose,” Caldwell said in her ruling.

The mix-up occurred one day when the only pharmacist in charge arrived at work at 8:25 a.m. to prepare methadone for a patient.

To avoid interruptions, the pharmacist’s process was to prepare the client’s methadone before opening so that it would be ready when he usually arrived at 8:35 am for his daily dose.

The pharmacist had poured 6ml of liquid methadone into an unlabeled 30ml bottle and left it above the prescription on the dispensary bench, but the patient did not show up at the usual time.

A pharmacy technician then moved the bottle and prescription along the bench to give herself more work space.

Around 11 a.m., the baby’s mother arrived to get the colic prescription filled.

The drug had to be made, as there were no commercially available products, by another technician who had the pharmacist check the volume while still in the graduated cylinder.

It was then mistakenly poured into the vial containing the methadone.

The tech told HDC she didn’t rinse the bottle with water before filling it with the medicine and didn’t know that was a requirement.

It took the baby’s mother two years to file a complaint with the HDC due to the immense stress the family had been under over the incident.

“Ms B told HDC that Baby B had been experiencing health issues since the overdose, and her GP believes these can be attributed to Baby B’s treatment.”

The mother sought financial compensation from the pharmacist for the error and the claim was resolved in a confidential settlement to reflect the significant impact of the incident, Caldwell said.

In the ruling, Caldwell found that the pharmacist failed to dispense methadone safely and failed to perform proper checks in the dispensing process, which led to the error in dispensing the baby’s medication.

“By failing to dispense the omeprazole in a safe and appropriate manner and by failing to verify the final product, the pharmacist failed to provide services to the baby in a manner consistent with professional standards and competent pharmacy practice.”

The pharmacist’s handling of the error was criticized by Caldwell noting the delay between discovery of the error and the first attempt to contact the baby’s mother, which she described as inadequate.

Caldwell found that the multiple errors in the pharmacy’s dispensing practice amounted to a failure in the delivery of services for which she was responsible.

“The pharmacy had a duty to ensure that it provided services with reasonable care and skill. This includes the responsibility to have adequate policies and procedures in place to facilitate safe, accurate and efficient dispensing, and to ensure that its staff adhere to these policies.”

She also made adverse comments regarding the technician’s adherence to pharmacy standard operating procedures, noting that the SOP provided important guidance to support compliance with professional standards.

It was recommended that the pharmacist take the course “Addictions and Opioid Substitution Therapy” before providing other opioid substitution therapy services, and complete the workbook “Improving Accuracy and Self-Checking provided by the Pharmaceutical Society of New Zealand, if the pharmacist remains active in practice.

It was also recommended that the technician complete the “Improving Accuracy and Self-Control” workbook.

The pharmacist, who sent a written apology to the baby’s mother two days after the mistake, had expressed sincere regret for the error and the pharmacy had made a number of changes to its operation to minimize the risk of it happening. happen again, Dr. Caldwell said.

She had also referred the pharmacist to the Director of Procedures for the purpose of deciding whether to initiate proceedings.