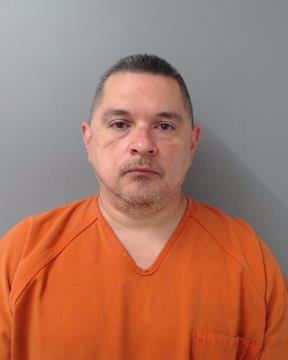 A HEB pharmacy manager has been arrested for stealing drugs from his employer, Laredo police say.

The case unfolded around 8.34am on April 15, when officers responded to a report of theft at the HEB at 6999 McPherson Road.

A loss prevention official said he opened a case March 24 at the HEB at 2314 South Zapata Highway after adjustments were made to Zolpidem 10mg from 394 to 364 pills around 8:04 a.m.

A second adjustment was made around 8:06 a.m. for the same drug from 364 to 234 pills, an arrest affidavit shows. Zolpidem is a sleeping pill.

Surveillance footage revealed that Herrera had made the adjustments. Herrera then grabbed a white green box later identified as an Ozempic injection worth approximately $865.30. Surveillance video showed Herrera allegedly taking other medications from March 3 to March 25.

Herrera took Zolpidem, testosterone, Ozempic injections and other drugs that could not be identified. The stolen drugs were worth $1,784.40, according to court documents.

Another first for Texas Tech