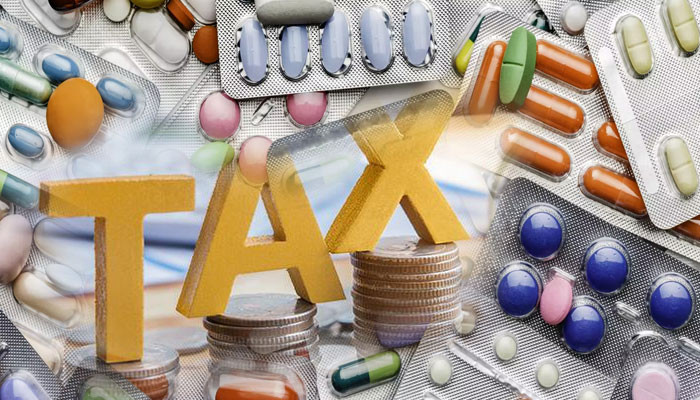 LAHORE: As a result of the 17% GST on the importation of raw materials, drug production has dropped dramatically and has exacerbated the shortage of at least 40 essential and lifesaving drugs in markets across the country.

Although the federal government has announced a 17% reduction in the GST on the importation of raw materials to 1%, the shortage of 40 essential and life-saving drugs persists, putting the lives of many patients at risk.

The pharmaceutical industry had warned the government of the multiple increase in the cost of producing drugs, forcing it to stop the import of raw materials due to the imposition of an advance tax of 17%. “The raw material in stock has already been used up,” said Qazi Mansoor Dilawar, chairman of the Pakistan Pharmaceutical Manufacturers Association (PPMA), which inevitably led to a shortage of drugs in the market.

Patients ran from pillar to post to buy life-saving drugs from the market, but to no avail.

Renowned activist and Chairman of the Drug Lawyers Forum, Noor Muhmmad Mahar, said innocent people were suffering due to a standoff between the government and the pharmaceutical industry as they fought over their claim to a bigger slice of the pie. “Pharmaceutical companies always quote paracetamol to convince others of how the industry was selling drugs for less than their cost of production,” he said, adding that there were hundreds of examples where the industry was selling certain brands of drugs at rates 10 times higher than the prices. other brands of the same drug available in the market. For example, a pack of 30 tablets of Norvasc 10mg from Pfizer is sold at Rs805, while a pack of 20 tablets of Zodip 5mg of the same salt, Amlodipine, from Zafa Pharmaceuticals was available at Rs26.46 on the open market .

“The pharmaceutical industry has used the 17% GST card to pressure the government to raise drug prices by another 20-25% despite a 17% reduction in the anticipated tax to just 1%, which is also reimbursable. Poor patients will be the ultimate victims,” he added. Similarly, he said, the Drugs Regulatory Authority of Pakistan (DRAP) did not post the list of drug prices recorded on its website to ensure transparency.

Nagra claimed that the government had so far collected Rs 40 billion from the pharmaceutical industry in the name of refundable sales tax but could not yet make the refunds, which was putting pressure on the industry, depriving it sufficient resources to import raw materials. “The PPMA is negotiating with the government for a refund of Rs 40 billion, full GST exemption and 1% withdrawal after sales tax,” he added. “The federal government must completely exempt the pharmaceutical industry from 17% GST, instead of reducing it to 1%, on the importation of raw materials for the protection of the industry as well as patients,” he said. he adds.

Nagra maintained that the PPMA also demanded an immediate increase in drug prices of 20% to 25% to compensate for the loss due to gas, electricity and petroleum product price hikes and wage increases. of labor, which led to a 45% increase in production costs. DRAP’s Chief Executive Officer (CEO), Dr Asim Rauf, did not respond to frequent calls and messages.

Plan B and ella® morning after pills: how they work, common side effects and expiry dates