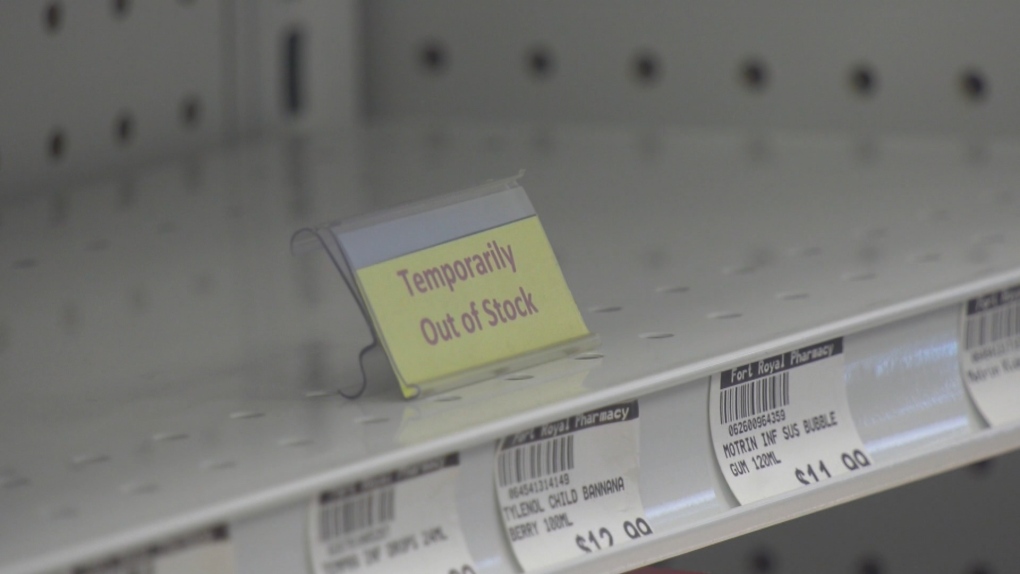 Federal government children’s drugs are a ‘drop in the bucket’: pharmacist

Like many parents, Lyndsey Watson faced a severe shortage of cold and flu medicine for her children this fall.

“That’s been, like, the number one challenge, I think, for everyone in our community.” said the Qualicum mother of four. “It was really hard to get my hands on a bottle of Tylenol.”

Supply chain issues have left drugstore shelves on Vancouver Island — and across the country — running out of children’s painkillers, but on Friday Ottawa said help was on the way.

Supriya Sharma, Health Canada’s chief medical adviser, announced that the federal government had secured more than one million bottles of foreign-made children’s drugs, which will start hitting shelves next week.

“After next week, over one million bottles will have entered Canada to supply hospitals, community pharmacies and retailers,” Sharma said.

Watson was happy to hear the news on Friday.

“It’s amazing, because we all need it in our community,” she said. “It’s really great to hear that we were going to get more Tylenol on the shelves.”

Andrea Silver, a pharmacist at Heart Pharmacy in Saanich, says this is good news, but only a start.

“A million doses in the province would be awesome,” Silver said. “But a million doses across Canada is a drop in the bucket and will satisfy some of the parents, but unfortunately a lot of parents will be in the same situation in a few weeks to a few months.”

And the demand for children’s medicines is only expected to increase as we enter the heart of cold, flu and RSV season. Already in the past two weeks, emergency department visits on Vancouver Island for respiratory illnesses have increased, nearly doubling from a daily average of 4.5 to eight in Nanaimo, and rising from an average from 10 to nearly 16 a day at Victoria General Hospital.

“We need more doses. We know that. There aren’t many solutions to the problem right now,” Silver said.

Pharmacists have recently been advising parents on how much adult medicine to give children and are also preparing medicine, but this is an expensive and ineffective solution.

“The expiration date is actually quite short, so days to weeks,” Silver said.

The news of one million vials of medicine set to hit shelves from next week is therefore welcome, but families will need many more medicines in the months to come.

Fight against counterfeit medicines: digital is the key