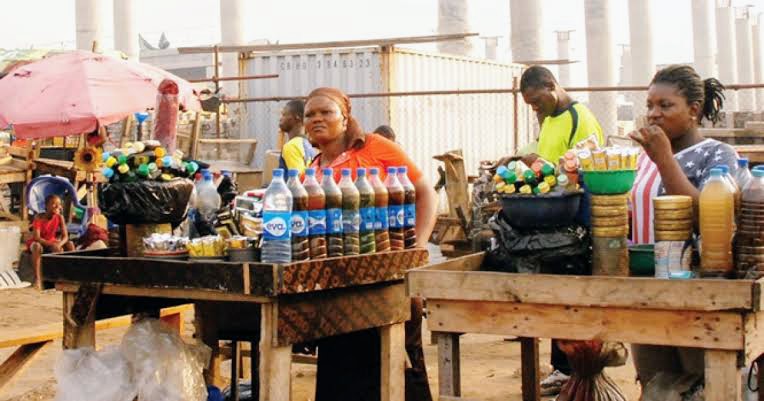 Economic crisis forces Nigerians to self-medicate, others are dying

The rising cost of healthcare has forced many Nigerians to embrace self-medication and alternative treatments, resulting in an increased death rate. The investigation by this media revealed that many cases reach the secondary health services when the situation had become desperate and death was certain.

It has further been discovered that people are now going to pharmacies more for consultations rather than visiting GPs to save costs. Others who can afford the prescriptions from the pharmacist simply resort to alternative drugs, known in local parlance as Agbo.

Nigeria continues to face growing challenges in the health sector which experts say depends in part on relatively low private and public investment, low density of medical personnel relative to population (1, 95 per 1000) and reduced disposable income. This appears to have inadvertently led to increased healthcare costs across the value chain.

Urban health inflation was estimated at 16.7%, while rural health inflation dropped to 15.1% in May 2021. Many Nigerians have been forced to seek solutions to their health problems. health in alternative medicine.

In a conversation with Business Hallmark, the Medical Director of Trust Hospital, Idimu, Dr. Essien Udom, said that many reasons are responsible for the skyrocketing cost of accessing healthcare in the country, which has forced many people to adopt an alternative platform.

Among other reasons, Udom pointed to the devaluation of the exchange rate as a major factor. He emphasized the high cost of medical equipment and medicines which are imported and highly dependent on the exchange rate, against the backdrop that the naira has suffered a series of devaluations over the past three years.

“There is the post-COVID hangover factor that has etched fear of going to hospitals on the minds of many. I can tell you that Nigerians are still very afraid of going to hospitals due to the covid-19 disease which broke out earlier in 2020 thus affecting the revenues of hospitals as they cut staff and also increase prices just to break even.

“The implication of reducing patients in hospitals is that those who end up visiting the hospital bear the financial burden of paying a high cost, in order to cover the lack of customers from hospitals,” he said. he adds.

Udom told Business Hallmark that structural and functional inadequacies in the health sector have led to a worsening situation of health care delivery falling short of expectations.
According to him, health care is neither easily accessible nor affordable. The National Health Insurance Scheme, NHIS, set up several years ago to cushion the negative effects of unaffordable healthcare has failed to achieve this goal.

“With no reliable national health care financing arrangement in place for the average Nigerian and the very poor, direct payment has remained the order of the day to access health services. This state of affairs has forced many to embrace alternative medicine, which is cheaper, but unreliable,” he said.

Recently, the Chief Medical Director of the Lagos State Teaching Hospital, Prof. Adetokunbo Fabanwo attributed the rising cost of healthcare to the limited number of healthcare practitioners in the country.

In a recent World Bank report, Nigeria spends about 3.89% of its GDP on health expenditure, a considerably high amount compared to the GDP of the human health sector.

Nigerians pay for health care through private pockets, community-funded schemes or through the private sector or government-backed medical insurance through the NHIS or the 54 Health Maintenance Organizations (HMOs).

Yet these are the businesses that have seen prices rise the most since the pandemic. Wealthy Nigerians, meanwhile, are spending more abroad, fueling a growing medical tourism industry that draws more money from Nigeria.

James Adeoti, 56, a commercial driver on the Agege-Agbado road, says he is the father of six children. He says that for the past two years his family has taken down the hospital they used whenever one of them fell ill.

“We don’t even know where the family card is kept. What we do is that whenever we need medical assistance, we either go to the Nature Cure herbal hospital or go to the market to see “Elewe omo” (herb seller on the market), and it worked for us.

Her story has similarities to others who have spoken to Business Hallmark.

Adio Mesura, 62, suffered a stroke three years ago. The hospital where he was receiving medical treatment did their best for him, but he was not yet fully recovered. his right arm was still hanging down, betraying the hallmark of a stroke.

A year ago, an herb vendor he met on a commercial bus gave him the herbal recipe for a complete cure.

At Faith Pharmacy, Rowland Benjamin, Chief Pharmacist and CEO, told Business Hallmark that “there has been a gradual decline in patronage. The tradition here is that we keep data about our customers.

“Sometimes now we’ve noticed a drop and when we call them they blame the inability to buy medicine because of the cost. Some of them often admit that they now frequent alternative medicine.

This argument was repeated at the Trust Hospital. Dr Udom said his hospital had experienced a gradual decline in attendance over the past three years, which he attributed to rising costs.

But at Zodiac Herbal Clinic, Adesanmi Oni, the herbal therapist in charge, said, “My clinic has seen an upsurge in patronage since the time of the pandemic. We notice that more and more people are looking for an alternative method to treat their ailments.

Alabi Ogunwusi, 78, a retired primary school principal, told the outlet that “for 15 years, I have never been to an Orthodox hospital. I always go to my herbal advisor, pick up the necessary herbs on prescription. I am in good health and I jog in my enclosure every morning. Orthodox medical treatment is expensive in the country.”

A recent report by the World Health Organization (WHO) indicates that more than three quarters of the world’s population use medicinal plants with an increasing trend worldwide. Medicinal plants can be beneficial but are not completely harmless.

According to the medical journal Nature, alternative medicine is any practice that aims to achieve the healing effects of medicine, but lacks biological plausibility and has been untested, untestable, or found to be ineffective.
Checks carried out by this media outlet have shown that the death rate in hospitals has increased, as many patients are brought in at the last minute when any remedy is useless.

Dapo lamented that a relative staying with his mother delayed his leg injury as a diabetic because it was “managing” it and led to his death.
“I gave her money to go see a doctor but she didn’t tell me the money wasn’t enough. She receives the prescribed medication to continue the treatment. By the time I knew it was too late,” he lamented.

Side effects, dosage, price and more