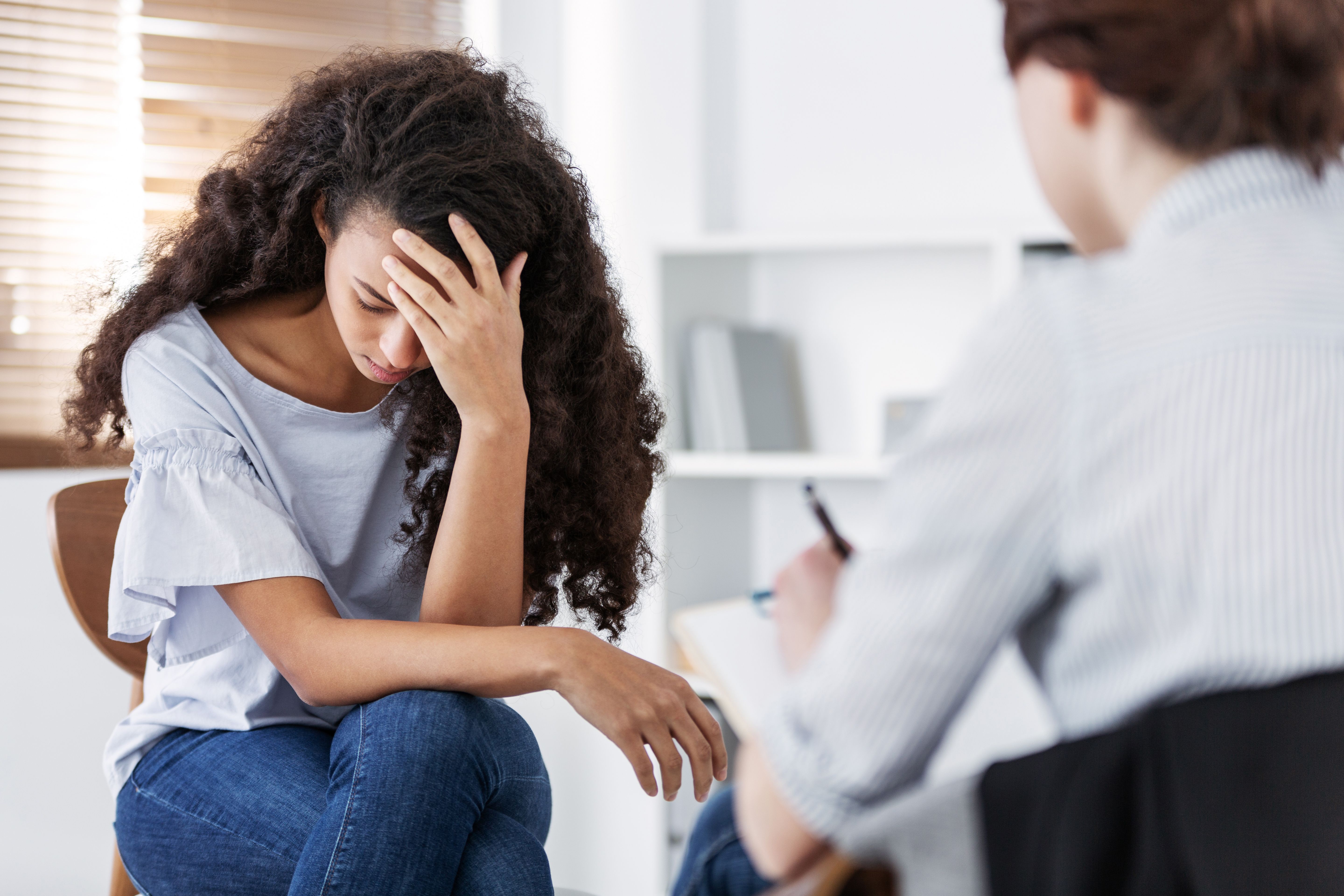 Drugs on the fast track as treatments for PTSD

Several drugs with new mechanisms of action have been put on the path to faster approval decisions by the FDA. Phase 2 and 3 trials are underway.

Post-traumatic stress disorder (PTSD) is a chronic psychiatric condition that occurs in some people after experiencing or witnessing traumatic events, such as military combat trauma, childhood trauma, and physical or sexual assault. PTSD is associated with several uncontrolled and debilitating symptoms typically triggered by traumatic reminders, including nightmares, intrusive thoughts, flashbacks, hypervigilant behaviors, avoidance of traumatic reminders, and sleep disturbances. People with PTSD are often burdened with coexisting disorders, including depression and substance use disorders. It is estimated that 30% of people with PTSD will die by suicide.

According to the US Department of Veterans Affairs, approximately 12 million adults in the United States suffer from PTSD in any given year. This figure has increased throughout the COVID-19 pandemic as rates of anxiety and depression rise.

Currently, the gold standard for PTSD treatment is trauma-focused psychotherapy, which may include cognitive behavioral therapy (CBT), eye movement desensitization and reprocessing (EMDR), cognitive processing therapy and the imaginary exposure.

In PTSD, fear extinction deficits contribute significantly to the characteristic symptoms of the disorder, such as reliving the trauma through intrusive thoughts, flashbacks, or nightmares. Current psychotherapy treatments promote fear extinction learning and can successfully establish new, safe associations with the original memory. However, they do not eliminate the initial fear memory, which often resurfaces.

Paxil (paroxetine) and Zoloft (sertraline) are the only two drugs approved by the FDA in the past 20 years to treat PTSD. These antidepressants can relieve some symptoms of PTSD, but they do not treat the main pathology of the disease.

The drugs in development aim to amplify psychotherapy treatments by enhancing fear extinction during exposure therapy. Three agents have novel mechanisms of action and have received fast-track designation from the FDA. Fast track designation is used to expedite the development and review process of a drug and is granted to drugs that treat serious conditions and potentially address unmet medical needs.

Jazz Pharmaceuticals, headquartered in Dublin, Ireland, is developing an FAAH inhibitor for the potential treatment of PTSD. This first-in-class experimental molecule was initially developed by Pfizer under the name PF-04457845. In 2017, Pfizer licensed the agent to Connecticut-based SpringWorks Therapeutics. Pfizer discontinued the drug a year after a death occurred during a Phase 1 trial of an experimental FAAH inhibitor. The issue was determined to be with off-target activity and not related to the drug class. In October 2020, Jazz acquired the worldwide rights to the drug from SpringWorks and is currently developing it as JZP150.

JZP150, which has been granted fast-track designation, is currently in a Phase 2 trial for the potential treatment of PTSD in adults. The drug is designed to treat fear extinction deficit, which is the root cause of PTSD, as well as anxiety and sleep disturbances associated with PTSD. The trial is recruiting 270 adults with diagnosed PTSD. The primary endpoint will measure changes in Clinician-Administered PTSD Scale, 5th Edition (CAPS-5) scores from baseline to week 12. Participants will receive either placebo or one of two once-daily oral doses of JZP150. If things go as planned, the study will be completed in June 2023.

Also in the fast lane

The research results suggested that a possible way to treat disorders such as PTSD would target cholinergic activity and therefore suppress overactivity in the amygdala, a part of the brain involved in emotion and motivation. One of the main agents with this mechanism of action is BNC210, which, in more technical terms, is a negative allosteric modulator of the alpha-7 nicotinic acetylcholine receptor. Under development by Bionomics Limited, an Australian biopharmaceutical company, it has also received fast-track designation from the FDA for the potential treatment of PTSD and other anxiety disorders.

The currently ongoing ATTUNE Phase 2b clinical trial is evaluating the safety and efficacy of the BNC210 oral tablet in adults with PTSD. The primary endpoint is the change in CAPS-5 scores after 12 weeks of treatment compared to placebo. The results are expected in the first half of 2023.

Aptinyx Inc., based in suburban Chicago, has also received accelerated designation for its investigational drug NYX-783, an N-methyl-D-aspartate (NMDA) receptor modulator in Phase 2 trials for the treatment of PTSD in adults. NMDA receptors play an essential role in the extinction of fear memories. NYX-783’s novel mechanism works in the brain’s prefrontal cortex, which is central to cognition, to activate glutamate, a major excitatory neurotransmitter.

In a preclinical study, NYX-783 significantly reduced the reappearance of fear memories in models of PTSD. Data from this study was presented at the annual meeting of the Society of Biological Psychiatry in April 2022.

Harald Murck, MD, Ph.D., vice president of clinical and medical affairs at Aptinyx, said in a press release that “Activation of NMDA receptors in the prefrontal cortex is thought to help treat subcutaneous glutamatergic dysfunction. underlying associated with PTSD. The approach offers an opportunity for a new class of therapies.

In an exploratory phase 2a study, adults with PTSD receiving 50 mg of NYX-783 achieved significantly greater improvement in CAPS-5 scores compared to those in a placebo group. NYX-783 is currently in Phase 2 and 3 trials with an estimated completion date late next year.

Pharmaceutical companies Otsuka Pharmaceutical Co., Ltd. and Lundbeck produce and market the atypical antipsychotic Rexulti (brexpiprazole). The companies are currently evaluating a combination treatment of Rexulti and Zoloft (sertraline) for the treatment of PTSD in adults. Rexulti is approved to treat depression in combination with selective serotonin reuptake inhibitors (SSRIs) and schizophrenia as monotherapy. Zoloft, an SSRI, is approved for PTSD and other psychiatric disorders.

In a phase 2 trial, neither Rexulti nor Zoloft showed significant improvement in PTSD symptoms when used alone. However, when used in combination, there was a significant improvement in CAPS-5 scores after 12 weeks compared to placebo. Although no new safety issues emerged from the study, it should be noted that common side effects of Rexulti include insomnia and restlessness, conditions that commonly occur in people with PTSD.

The companies are currently conducting a more robust Phase 3 trial comparing the combination of Rexulti and Zoloft with Zoloft alone or a placebo in adults with PTSD. The primary endpoint is the change in CAPS-5 scores 12 weeks after inclusion.

The first results of the study are expected in December 2023. If approved, the agent could be a more affordable option than other drugs in development, given that Rexulti is already on the market and Zoloft is available. as generic.

Rosanna Sutherby, Pharm.D., is a freelance medical writer and community pharmacist in High Point, NC, and a regular contributor to Managed Health Framework®.

Pharmacists do more than dispense medication