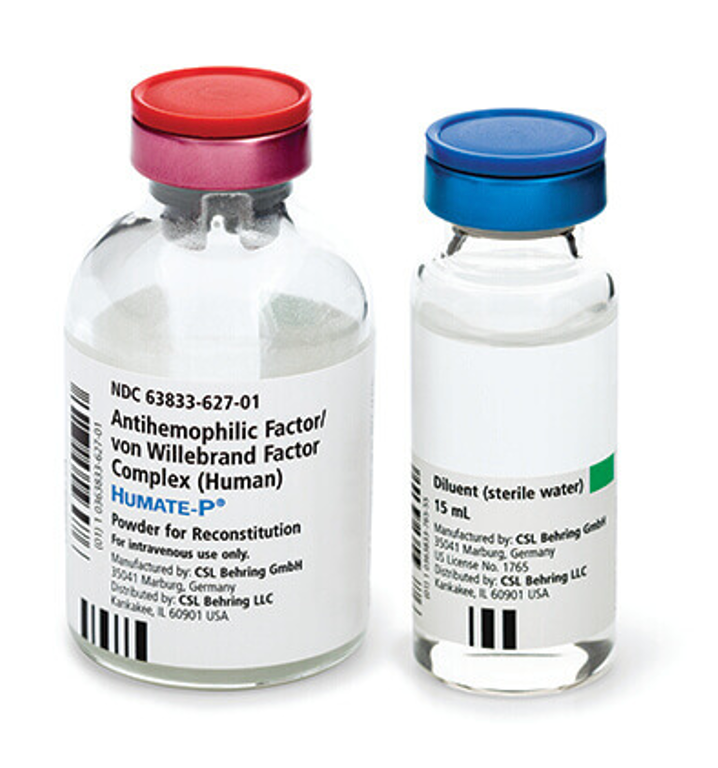 Humate-P is indicated for the treatment of adult patients with classic hemophilia (hemophilia A) and von Willebrand’s disease (VWD).

Pearl of the day medication: Humate-P

Humate-P may also be used in pediatric patients with von Willebrand’s disease for the treatment of spontaneous and trauma-induced bleeding episodes, and the prevention of excessive bleeding during and after surgery.