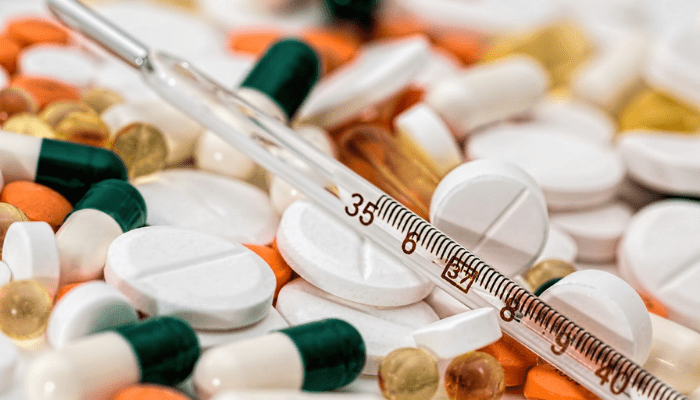 Scrutiny of dealers’ qualification and compliance with pharmaceutical industry standards of practice is the next tool to be deployed in Nigeria’s latest bid to tackle unsafe practices in its open market of billions of drugs.

This was the introduction of the story “New pharmacy law aims to cripple multi-billion drug open market” last week in this media.

The story went further: After several years of clamor, the Pharmacy Board of Nigeria Bill received presidential assent on Monday (last), empowering the board to oversee all players in the pharmaceutical chain and to get wandering actors back into shape.

It is primarily an attempt by the pharmacists’ union to curb the influx and circulation of counterfeit drugs, which the body says are thriving the most among dealers in Nigeria’s open drug market.

The manufacture and distribution of counterfeit drugs are terrible crimes that cost lives and millions of dollars in enforcement budgets, but the punishment is still not fit for the crime

Counterfeit medicines are a deadly and growing problem around the world, especially in developing countries where supply chain security is limited, undermining progress towards achieving the Sustainable Development Goals (SDGs). The World Health Organization estimates that one in ten medical products circulating in developing countries is of substandard quality.

Of all fake medicines reported to WHO between 2013 and 2017, 42% of reports originated from the African region. In March 2019 alone, the WHO issued alerts about fake meningitis vaccines in Niger and fake blood pressure medications in Cameroon. In August, falsified versions of the antibiotic Augmentin were discovered in Uganda and Kenya.

Counterfeit medicines have both health and economic consequences for the continent. They take money from health systems and kill thousands of people, mostly in vulnerable communities. However, from the perspective of counterfeiters, it is a lucrative industry, with a global market of around $200 billion.

Although the problem of counterfeiting in Nigeria is widely known, its complexity is poorly understood. Among other factors, the difficulty in combating counterfeit medicines stems from the poor traceability of medicines, which is linked to poor infrastructure, inadequate allocation of resources to routine quality control and poor cross-border monitoring.

Furthermore, Africa has no official data collection on counterfeit medicines and tends to view health care and corruption as two separate areas of public policy. For criminals responsible for counterfeit medicines, these factors make Africa very vulnerable. Counterfeiters are becoming increasingly sophisticated in their operations, hence the demand for many more resources and skills from regulators to counter them.

The manufacture and distribution of counterfeit drugs are terrible crimes that cost lives and millions of dollars in enforcement budgets, but the punishment still doesn’t fit the crime. International calls for tougher sentences against drug traffickers are growing louder, especially in Africa. African governments must introduce legislation with tough new criminal penalties and enforce it.

This will deter drug counterfeiters and restore some common sense to drug supply chains. Community engagement and coordination between government agencies will be needed to achieve this. Additionally, continued messaging about the impact of this crime on public health and the economy must be maintained.

We must commend the work of our local drug makers who have gone to great lengths to reduce this threat by advising consumers to scratch and call the drug maker to authenticate the drug. Also, drug manufacturers should strengthen their collaboration with NAFDAC in this fight against counterfeiting.

African regulators need to be innovative and develop a practical and sustainable approach to tackling counterfeit medicines on the continent. Fortunately, advances in technology have led to the development of apps that provide effective and reliable means of detecting counterfeit drugs. Other supply chain actors beyond regulators can actually deploy these technologies.

Health technology companies have developed various screening technologies to detect falsified medicines and they are rapidly emerging as invaluable tools for quality assessment in field testing, as they provide results on the spot and in time limit. Unlike traditional confirmatory technologies, screening technologies require far fewer resources and can test a larger number of samples in a short time.

They provide national medicines regulatory authorities and other stakeholders with fast and reliable means of detecting counterfeit medicines in the field and removing them from the medicine supply chain. Testing technologies also enable pharmacists, who play a critical role in the supply chain, linking producers and distributors to consumers, to authenticate the quality of medicines purchased for sale.

As several other screening technologies emerge, validation studies are needed before deploying them for public use. This will ensure that they are accurate and comparable to QC data that can be obtained in the laboratory. With this in mind, Bloom Public Health has partnered with the University of Michigan in a USAID-funded project to conduct a nationwide study of drug quality in Nigeria, evaluating screening technologies to combat counterfeit drugs.

The project is ongoing and hopes to show the comparability of relatively new technology with existing ones. The study will show the causal impact of the use of screening technologies in identifying and eliminating harmful suppliers and reducing the incidence of adverse effects and illnesses from poor quality medicines.

Counterfeit medicines are jeopardizing Nigeria’s hard-won health gains and undermining trust in its emerging health systems. Adopting innovative anti-counterfeiting measures is therefore necessary to ensure the safety of medicines in Africa and to progress towards the achievement of the SDGs, note Chimezie Anyakora and Ofure Odibeli in an article.