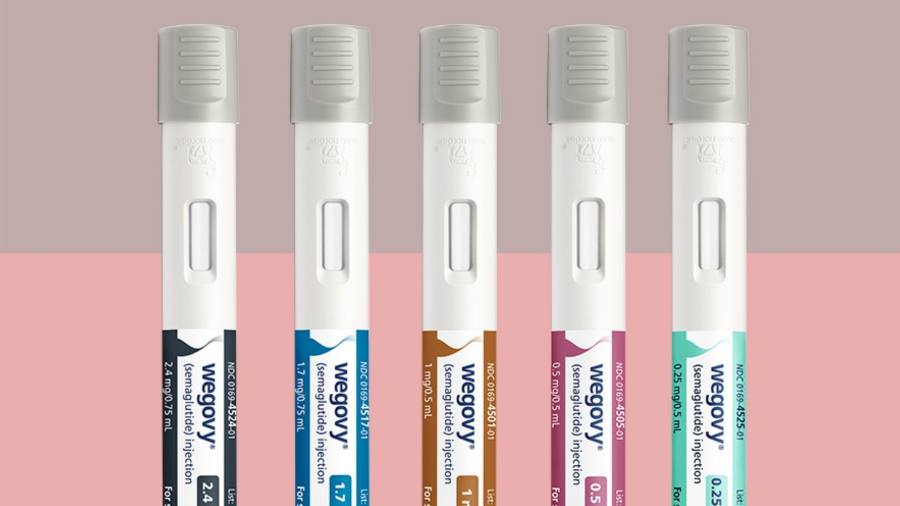 Fast-forward a year and there are few signs of public reluctance to embrace the drug, which a late-stage clinical trial found resulted in patients losing an average of 15% of their body weight. Instead, the Danish company has become a victim of its own success. Growing demand and manufacturing constraints have caused widespread shortages of Wegovy.

The scarcity of the drug, which bears the generic name of semaglutide and is an appetite suppressant, forced Novo to temporarily suspend marketing and rethink its manufacturing strategy. It’s also been a chance for Eli Lilly, Amgen and several biotech companies developing similar obesity drugs to try to catch up in a market that analysts say could be worth $50 billion a year. 2030.

He said Novo had not anticipated Wegovy’s huge demand, basing its projections on the slower ramp-up in sales of Saxenda, its former obesity drug that helped patients lose about 5% of their body weight. The company aims to resolve its production issues by the end of the year, which will allow it to do more to promote Wegovy in the United States and launch in several European countries, Jørgensen said.

The rush to launch a new generation of drugs to fight obesity – a disease that affects an estimated 650 million people worldwide – has caused unease among some critics, who warn of their potential abuse and their Side effects. But most health experts say the drugs are expected to have a very positive impact on patients who are obese, a disease that can have devastating health consequences and goes largely untreated.

Obesity is linked to health problems such as heart disease, stroke, kidney disease and high blood pressure. But less than 1% of the estimated 71 million obese American adults used weight-loss drugs from 2012 to 2016, according to a report by the US Government Accountability Office.

Doctors say people are increasingly seeing obesity as a disease to be treated rather than some kind of moral decay or laziness, in part because of new drugs.

“Right now we’re seeing really dramatic demand for semaglutide. There are patients of mine that I can’t take on the drug,” said Dr. Fatima Stanford, an obesity medicine specialist at Massachusetts General in Boston, a teaching hospital affiliated with Harvard University. “You have to focus on increasing the supply.”

Stanford said patients are more receptive to taking drugs today than in the past due to their good safety profiles and higher rates of effectiveness, newer drugs capable of achieving loss of weight equivalent to bariatric surgery. But there is a need to educate physicians and private and public insurance plans to ensure reimbursement and drive uptake, she said.

Analysts predict that obesity drugs will be the next blockbuster pharmaceutical category, equivalent to the revolution in the treatment of high blood pressure in the 1980s.

“With conservative pricing assumptions, we believe global obesity sales could reach over $50 billion in 2030. This would move obesity from a $2.4 billion category to one of the top 12 therapeutic areas in terms of global spend,” said Morgan Stanley analyst Mark Purcell.

“Unlocking the Obesity Challenge: a >$50bn market”, a report co-authored by Purcell, predicts that the market will be driven by several factors: greater awareness that obesity drugs can save lives; removal of supply constraints; the role of social media in popularizing drugs; and a greater focus on weight loss in the fight against diabetes.

A four-week course of Wegovy has a list price of $1,349 per month, although patients with insurance that covers the drug pay less. Since patients have to take the drugs for life to ensure they don’t regain weight, obesity drugs are expected to generate stable revenue over long periods for drugmakers, analysts say.

Morgan Stanley expects Novo Nordisk and Lilly to capture about 40% of the market as they develop and launch up to a dozen obesity drugs currently in development. Several other biotech companies – Amgen, Altimmune, Zealand Pharma, Hanmi, Regor Therapeutics, Sciwind Biosciences and vTv Therapeutics – are in the early stages of drug development.

Last month, the US Food and Drug Administration granted fast-track designation to Lilly’s weight-loss drug Tirzepatide – a move the company says should lead to its approval next year. He successfully launched a formulation of the drug, which he dubbed Mounjaro, in May to treat type 2 diabetes at a list price of $974 for four weekly doses.

SVB Securities predicts strong demand for Tirzepatide when it is approved for obesity and warns it could face similar supply constraints as Wegovy. The investment bank predicts that Tirzepatide will generate around $26 billion in annual sales in 2030, of which around one-third relate to the treatment of diabetes and two-thirds to obesity.

Tirzepatide and Wegovy belong to a class of drugs known as glucagon-like peptide 1 (GLP-1) agonists, which were originally developed to help control blood sugar in people with diabetes. These drugs target an area of ​​the brain that regulates appetite and can cause significant weight loss in patients when given once a week by injection under the skin.

“I think [Mounjaro] will be a great opportunity for the company,” said David Ricks, chief executive of Lilly, citing the drug’s successful launch for the treatment of diabetes and its potential as a weight-loss drug.

“We’ve never seen a drug that had more than 20% weight loss before and that puts us in a unique category similar to gastric bypass surgery.”

In April, Lilly reported that Mounjaro caused an average loss of 15% in body weight at the low dose to 22.5% at the higher dose in a late-stage clinical trial. Patients taking Wegovy in a separate trial funded by Novo Nordisk lost around 15% of their body weight on average, with a third of patients losing more than 20%.

Social media endorsements by celebrities have become a driver of demand for weight-loss drugs, a trend that some doctors say exacerbates Wegovy’s supply shortage and may lead to misuse. Last month Tesla founder Elon Musk attributed his weight loss to ‘fasting’ and ‘Wegovy’, while weight loss strategies using Novo’s Ozempic – which is the same drug but approved to treat diabetes and available in lower doses – have gone viral on TikTok.

“This is a concern for all drugs that receive social media hype and are misinterpreted as a miracle drug,” said Dr. Robert Kushner, a professor at Northwestern University Feinberg School of Medicine. “They are not approved for slimming or just losing weight.”

Kushner said these prescription drugs require monitoring for tolerance and potential side effects. But he said their effectiveness was causing a “paradigm shift” in the way doctors treat obesity.

Weight loss drugs have a checkered history in the United States. The FDA has previously withdrawn the authorization of several drugs such as fenfluramine and dexfenfluramine due to life-threatening side effects. Trial results show that Wegovy and Tirzepatide can cause nausea, diarrhea, vomiting, constipation, and stomach pain. Both drugs also come with warnings that they may increase the risk of thyroid cancer, although so far this has only been found in animal studies.

Dr. Beverly Tchang, an endocrinologist and assistant professor of clinical medicine at Weill Cornell Medicine, said regulatory oversight is much better than it was in the 1960s, when an earlier generation of weight-loss drugs were approved.

“We have a better safety profile thanks to the regulations.”

Chang said some older doctors remain reluctant to prescribe weight-loss drugs for obesity, in part because of concerns about side effects from previous drugs. But she said the main obstacle to their adoption was the reluctance of private and public insurers to cover the costs.

Jørgensen said the company still needs to discuss with government payers – in the US and Europe – how obesity cannot always be solved with diet and exercise, and that drugs can save health systems money. In the United States, Medicare does not cover obesity treatments, but Jørgensen said he thinks that will change as people on the drugs retire and expect continued coverage.

“If you have had a long productive life and paid taxes, you also expect to have access to it. So I think it’s a matter of time. »