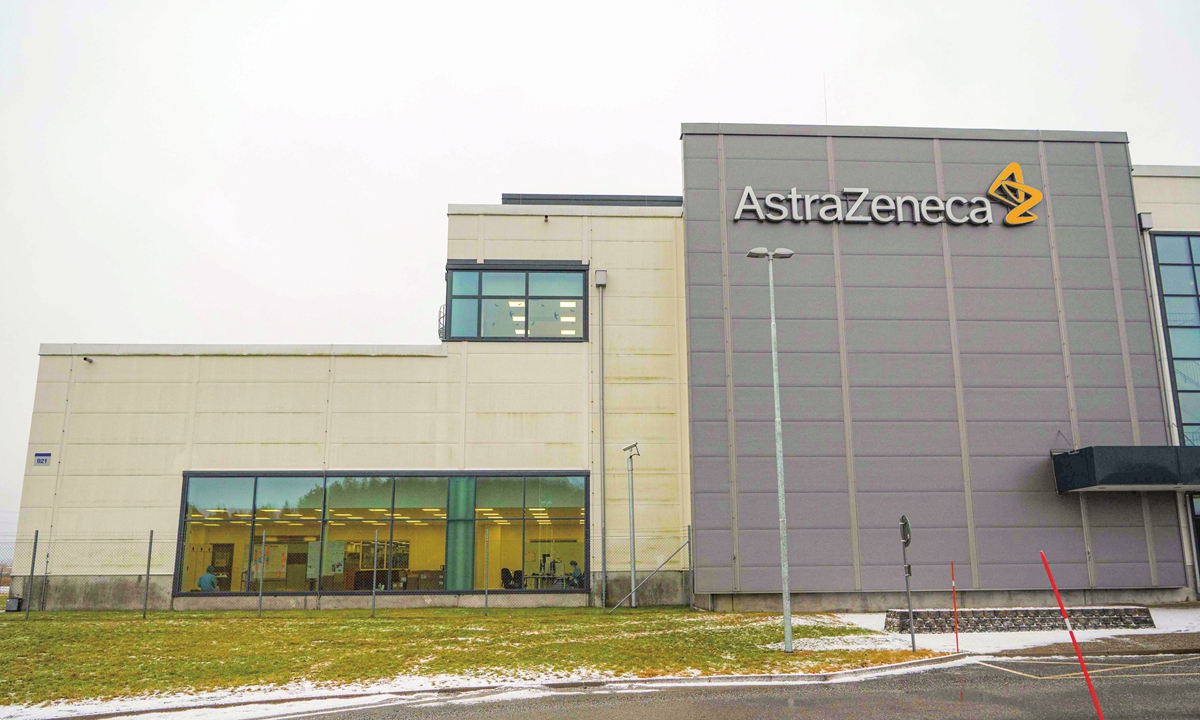 An AstraZeneca facility for biological medicines in Sweden. Photo: CGV

Evusheld, AstraZeneca’s COVID-19 preventative therapy, had been used on two healthy subjects on July 9 at a hospital in southern China’s Hainan province. The drug, which retails for 13,300 yuan ($1,985) for two injections, could have provided protection for at least six months. However, given the epidemic potential caused by the BA.4 and 5 subvariants, a higher dose of neutralizing antibodies is needed to provide protection, media reported Sunday citing experts.

The first administration of the therapy was carried out at Boao Super Hospital in the Boao Lecheng International Medical Tourism Pilot Zone in Hainan, according to Chinese online media Yicai.

Evusheld is a neutralizing antibody cocktail used in people with low immunity that should be effective for six months, although vaccination is still recommended as the best defense against the novel coronavirus. It was approved for sale in the United States late last year and in Europe in March, according to media reports.

Although it has not been licensed in China domestically, the therapy was recently given the green light to be imported and used at Ruijin Hainan Hospital and Boao Super Hospital in the Boao International Medical Tourism Pilot Area. Lecheng in Hainan.

The hospitals will each administer Evusheld to more than 10 patients starting July 9, Yicai reported. The treatment is not covered by the Chinese medical insurance program.

Currently, mostly students preparing to go abroad come to Boao Super Hospital and register for injections, according to Yicai.

AstraZeneca still needs to conduct clinical trials specifically on the Chinese population to gain clearance and officially enter the whole country, Yicai said.
According to the report, the authorized dosage of Evusheld in Hainan was 150 milligrams of tixagevimab and 150 milligrams of cilgavimab, given as two separate consecutive intramuscular injections.

However, a source familiar with the matter told Yicai that given the potential for an epidemic caused by the BA.4 and 5 subvariants in China, the dosage would eventually be doubled. The adjustment would be made in the near future if necessary, according to the source.

As the BA.4 and BA.5 subvariants appear to be able to substantially evade the antibody response, it is necessary to increase the dose of neutralizing antibodies to maintain its effectiveness, Yicai said citing experts.

The increased dosage would extend the half-life period of the drugs to provide a longer period of protection and reduce the risk of secondary infections, Lu Hongzhou, head of Shenzhen Third People’s Hospital, told the Global Times on Sunday. .

The BA.5 subvariant was first reported in mainland China in May. Last week, infections caused by the BA.5.2 strain were first discovered in Xi’an, capital of northwest China’s Shaanxi province.

After Xi’an, infections caused by the BA.5.2 strain were also found in Beijing, Tianjin and Shanghai. A Shanghai health official told a news conference on Sunday that genetic sequencing showed an infection discovered on Friday was caused by BA.5.2 and linked to a previous imported case.