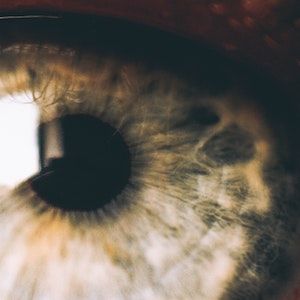 According to 2 recent post-marketing agent surveys conducted by separate groups of investigators in China, the risk of experiencing even minor ocular side effects with PCSK9-inhibiting cholesterol-lowering agents is extremely low. Both studies accessed US post-marketing data in the Food and Drug Administration’s Adverse Event Reporting System (FAERS).

Both groups of investigators acknowledged previous studies that indicated that evolocumab and alirocumab are safe and well tolerated; and Zhu and colleagues noted that ocular side effects were not among the adverse events that emerged in New Drug Application (NDA) clinical trials that occurred with the frequency or severity to warrant inclusion in the approved labeling. In Zou’s findings, they accounted for approximately 0.25% of all adverse events reported to FAERS, grouped by system organ class.

Zhu and colleagues point out that ocular adverse events were reported in some clinical trials, although less than in the placebo group of the ODYSSEY trial. They found 1 test reporting an occurrence in 2.9% of people taking alirocumab, compared to 1.9% in the placebo group. Furthermore, they point to certain associations of ocular disorders with disordered plasma cholesterol levels; and explain the possibility that these may also arise with the therapeutic effect of PCSK9 inhibitors lowering LDL-C levels.

With the possibility that ocular adverse reactions may have been reported in the broader postmarketing population, although not detected in premarketing trials, Zhu and colleagues applied a disproportionality analysis for the reports. eyeballs among the FAERS.

“This study is the first disproportionality analysis of ocular disorders with PCSK9 inhibitors using a large pharmacovigilance database,” Zhu and colleagues said.

They also indicate, in the introduction to the published study, that theirs is probably the only analysis of a possible association.

In further analysis, Zhu and colleagues found that the positive signal of increased lacrimation disappeared after exclusion of other lipid-lowering drugs. Both groups of investigators found that the relative freedom from ocular effects and general safety profiles were similar for evolocumab and alirocumab.

The studies, “Ocular Disorders Associated with PCSK9 Inhibitors: A Pharmacovigilance Disproportionality Analysis” and “Adverse Event Profiles of PCSK9 Inhibitors Alirocumab and Evolocumab: Exploring Data from the FDA Adverse Event Reporting System” have been published online in the British Journal of Clinical Pharmacology.