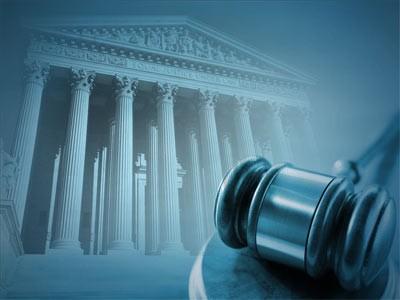 A man illegally sold drugs to veterans at an inflated price

Knoxville, Tenn. (WATE) – A Delaware man has pleaded guilty to federal charges after buying drugs from two Tennessee pharmacies and wholesale redistributing them without a license for a higher rate to other healthcare or retail agencies wholesale, including VA Medical Centers in California and New York.

Jose Torres, 58, of Shelbyville, Delaware, pleaded guilty to charges of conspiracy to engage in the unlicensed wholesale distribution of prescription drugs. Torres appeared in United States District Court for the Eastern District of Tennessee on August 17, where he entered a plea.

“Today’s guilty plea sends a clear message that criminal conspiracies to enrich
individuals at the expense of VA programs and services will not be tolerated,” Special said.
Officer in Charge Kim R. Lampkins with the Department of Veterans Affairs Inspector’s Office
General’s Mid-Atlantic Campaign Office. “The VA OIG thanks its law enforcement partners for their
commitment to help hold this defendant accountable.

The charges against Torres indicate that he worked with several conspirators, including two Tennessee pharmacies, located in Etowah and Maryville. Pharmacies were apparently not licensed as wholesale distributors of prescription drugs. The pharmacies in question were recruited through a “Pipe-Line program” by a company and conspirator, not named in the charges, out of El Cajon, California, according to the Justice Department. The DOJ alleges that Torres owned and operated Harford Health Services, a company based in Bel Air, Maryland, which purchased the drugs from pharmacies.

The Pipe-Line program, according to the DOJ, has been “described in marketing materials” as a solution to drug shortages in some parts of the country. The real purpose of the program was to get independent retail pharmacies to allow Torres to order the prescription drugs on the pretext that the drugs would be sold directly to patients through a retail pharmacy. The drugs, however, were resold to wholesale distributors for a significantly higher amount than they had been purchased.

The pharmacies were offered a 23% commission on the purchase price of the drugs from the California company that hosted the Pipe-Line project for the sale of the drugs in Torres. The DOJ says that to receive this commission, pharmacies would allow Torres, or someone working on his behalf, to use their account information for their authorized distributors, allowing him to purchase the drugs.

The DOJ says Torres purchased drugs on at least 4 occasions and sold them to other parties at a higher rate through wholesale distributors. The alleged purchases are listed as follows:

From those sales, Torres reportedly received $119,350 according to the DOJ.

Torres’ sentencing hearing is scheduled for March 29, 2023. He faces up to five years in federal prison, a $250,000 fine and three years of supervised release.